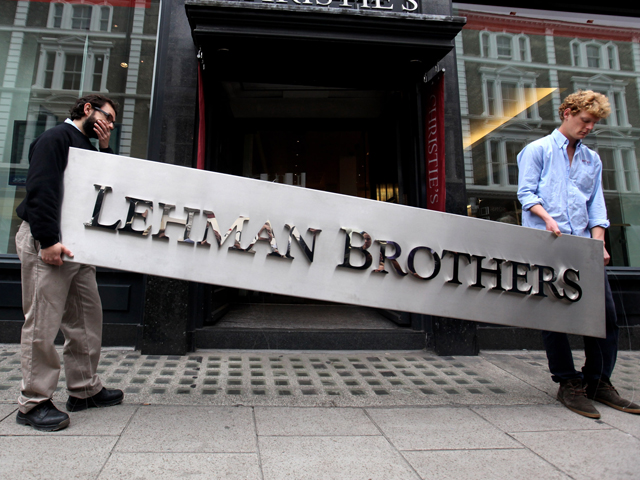 (MoneyWatch) The traditional anniversary gift for a fourth anniversary is flowers. I think I speak for everyone when I say "no flowers" are necessary to honor the fourth anniversary of the worst part of the financial crisis. If was four years ago yesterday that Bank of America announced its intent to purchase Merrill Lynch & Co. for $50 billion and Lehman Brothers Holdings filed for Chapter 11 bankruptcy protection.

As a reminder of just how bad that week was, consider this timeline:

To recap: Over the course of one week, four investment banks were gone (one absorbed, one went broke and two were forced to become bank holding companies; a global insurance company was bailed out; the money market fund industry was rocked; and the Treasury Department introduced the first version of TARP, which granted authority to purchase $700 billion of mortgage-related assets for two years.

Where do we stand four years after this momentous week? The economy and banking system are no longer perched on the precipice of disaster, which is a good thing. Still, the recovery continues to be slow-going, which is why last week, the Fed announced new measures to boost growth.

The epicenter of the financial crisis, housing, is finally starting to make progress this year and the jobs market is healing, but at a snail's pace: Payroll employment is still 3.5 percent below the pre-recession peak and median incomes have dropped for four consecutive years to an inflation-adjusted $50,054.

On the bailout front, TARP turned into a different plan and AIG needed more than the original $85 billion life line. The AIG commitment swelled to $182 billion, but amazingly, Treasury is likely to recoup its bailout of AIG. (The news is not so rosy for Fannie Mae, Freddie Mac and GM, which collectively owe Uncle Sam approximately $169 billion).

As far as the stock market, that first week's volatility was a harbinger of the wild gyrations that would spook investors for months to come. The week itself wasn't so bad, if you didn't have to live through the day-to-day swings. By Friday Sept. 19, the Dow had dropped just 33 points to 11,388; the S&P 500 edged up 4 points to 1,255; and the NASDAQ was up 12 points to 2,273.

Since that historic and frightening week in 2008, the S&P 500 dropped to its lowest depths in March 2009, then retraced to levels that, four years later, brought the index nearly 17 percent higher.