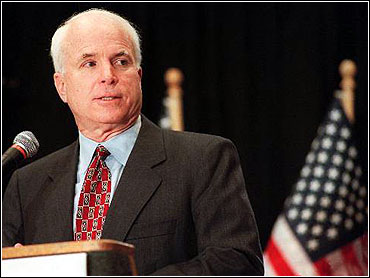 Dr. Rigel is a former president of the American Academy of Dermatology and a professor at New York University Medical School.

His most recent article on malignant melanoma appears in the current issue of a Journal of the American Cancer Society.


Q: Senator McCain has survived one bought with melanoma. What does this mean the second time around?

A: Well, most likely, these are actually two new melanomas that he has. If it's in fact the first one that spread, and it could be, even though he had it treated seven years ago, that would not be good. If they are new, he should be doing well.

Q: What does this mean, if this one has spread?

A: Once melanoma spreads, it's a problem. Melanoma is a most clear-cut case of a cancer where if you catch it early and treat it early, it's really pretty treatable. But once it has spread, there is nothing that is effective for it.

A: The only thing you can use for melanoma, once it's spread, is immunotherapy, using treatments to help the body's immune response to fight off the melanoma.

Q: How do you find out if that is the melanoma that spread? Testing on the skin?

A: On the biopsy specimen, when the area was taken out to look at under a microscope, they can tell if it's from the original melanoma or it's a new one.

Q: The size also is a factor, correct?

A: What really matters is not how big it is on the skin but how deep it's gone. A melanoma that is only 1/32 inch in thickness, basically everybody survives. But if it's 1/8 of an inch, less than 50% will survive. That little 3/32 inch is a big difference.

Q: Is reoccurrence common with melanoma?

Q: Senator McCain was a POW, as we all know, in Vietnam. There have been studies on skin cancer among those POWs — the rates are quite high, aren't they?

A: There is a recent study that came out on people who served in the South Pacific in World War II and those who were POWs. They had almost four times the chance of getting melanoma later in life compared to those who just served there.

Obviously, when you're a POW, it's unfortunate and you spend a lot of time in the sun and you're not protected, and that catches up with you later.

There is a 10-to-20-year latency until you get all of the sun and the melanoma.

A: The fairer skinned you are, the lighter your hair, the easier you sunburn, the greater the risk.

Q: How long should you wai before you decide what treatment options are?

A: The faster, the better with melanoma because melanoma tends to spread very early in its course. Even a melanoma the size of a dime on your skin has a 50% chance of having already spread.

Q: You're not Sen. McCain's doctor, but you know his medical history, you've read all of the report. What do you think at this report?

A: I think hopefully he will be in pretty good shape if it is two new melanomas. Once you have had one, your chance of getting a second one sometime in life is 1 in 20. Hopefully he'll do well.