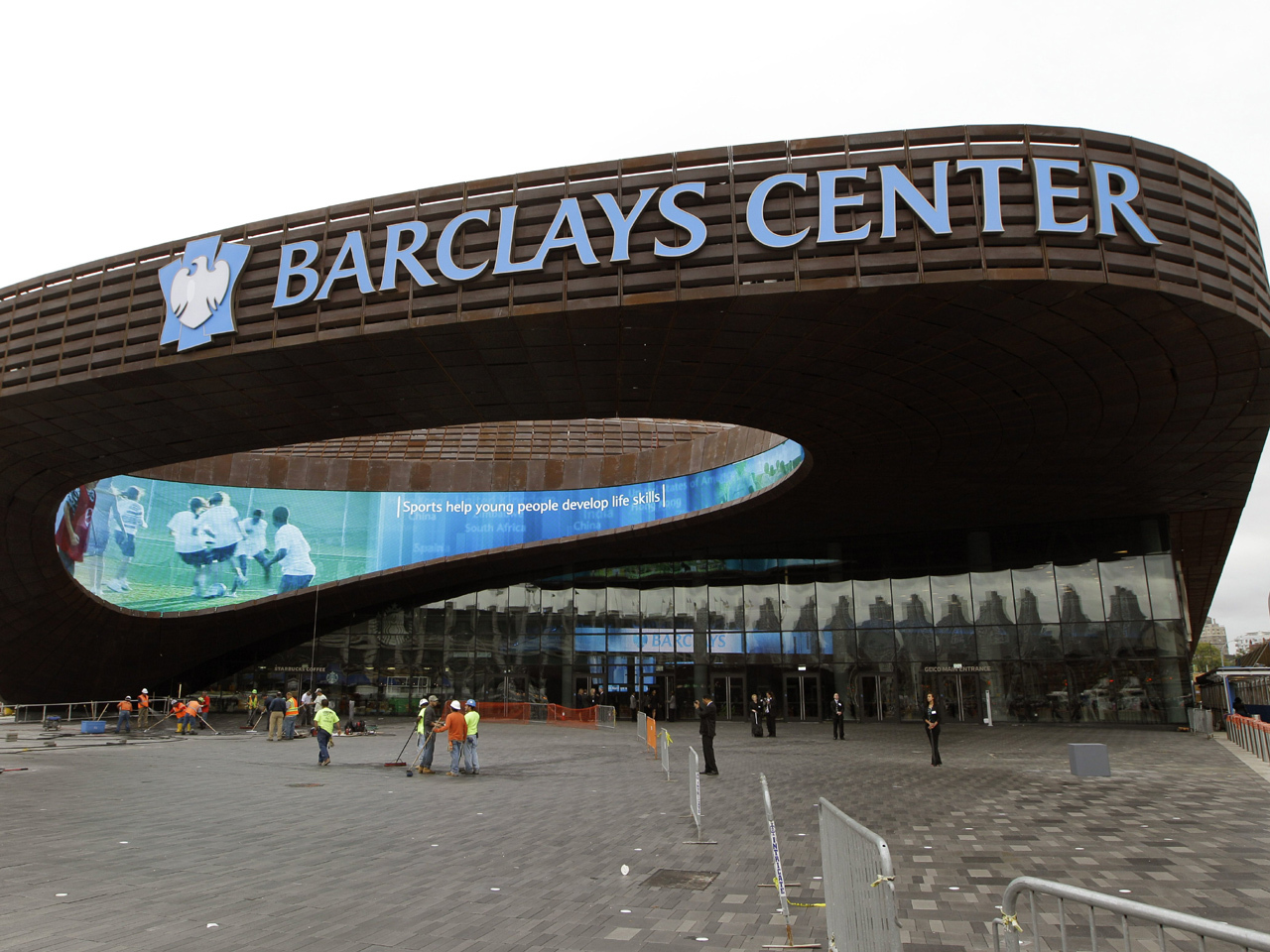 (CBS News) More than half a century after the Brooklyn Dodgers left town, a new sports arena is bringing major league sports back to the NYC borough. The Barclays Center in downtown Brooklyn opens Friday night and will be the new home of the NBA nets.

The arena seats 18,000 for basketball games and more for concerts and boasts a floor with a logo designed by Jay-Z, a state-of-the-art digital scoreboard, and exclusive luxury suites called "The Vault," which sell for $550,000 a year.

Real estate developer Bruce Ratner is the man behind the Barclays Center and spoke with CBS News' Jeff Glor about the evolution of the project.

"I must say, there were at least a half a dozen times along the way that I thought maybe this wasn't going to happen," Ratner admitted, referring to the the controversial roots of the project.

Ratner's team broke ground on the $1 billion building in March 2010. But the Barclays Center is just one component of a much larger development called Atlantic Yards. There are plans for more than 6,000 apartments, as well as office and retail space, all part of a commitment required before Ratner was approved to build the arena. The land for the Atlantic Yards development was acquired through eminent domain -- New York state seized 22 acres of land and under the threat of eminent domain, residents and businesses in the area were bought out. To date, 35 legal decisions mired the project and critics are still skeptical that the promised housing will be built in a timely manner.

Daniel Goldstein, a resident who was bought out and founder of the group, "Develop, Don't Destory Brooklyn," told Glor "to me, giving 22 acres in the heart of Brooklyn to a single developer and kicking people out of their homes to do it -- it's fundamentally wrong."

For his part, Ratner maintains that he will follow through on his obligations and that the groundbreaking for the first building in the complex is set for December 18 this year.

"We've never not finished a project," Ratner said. "It'll get done and it will be done beautifully."

And while Ratner remains resolute that the project will enhance the borough and benefit its residents, this week, he is focused on celebrating the opening of the Barclays Center.

"It's basketball -- what an appropriate sport -- because it's basically a playground sport," Ratner said. "It's an urban sport. And Brooklyn is the original urban place."

But it's not just basketball. The arena opens Friday night with the first of eight sold-out concerts by Jay-Z, who is a part-owner of the Nets. Other performers, from Barbra Streisand to Bob Dylan to Rush, are scheduled.