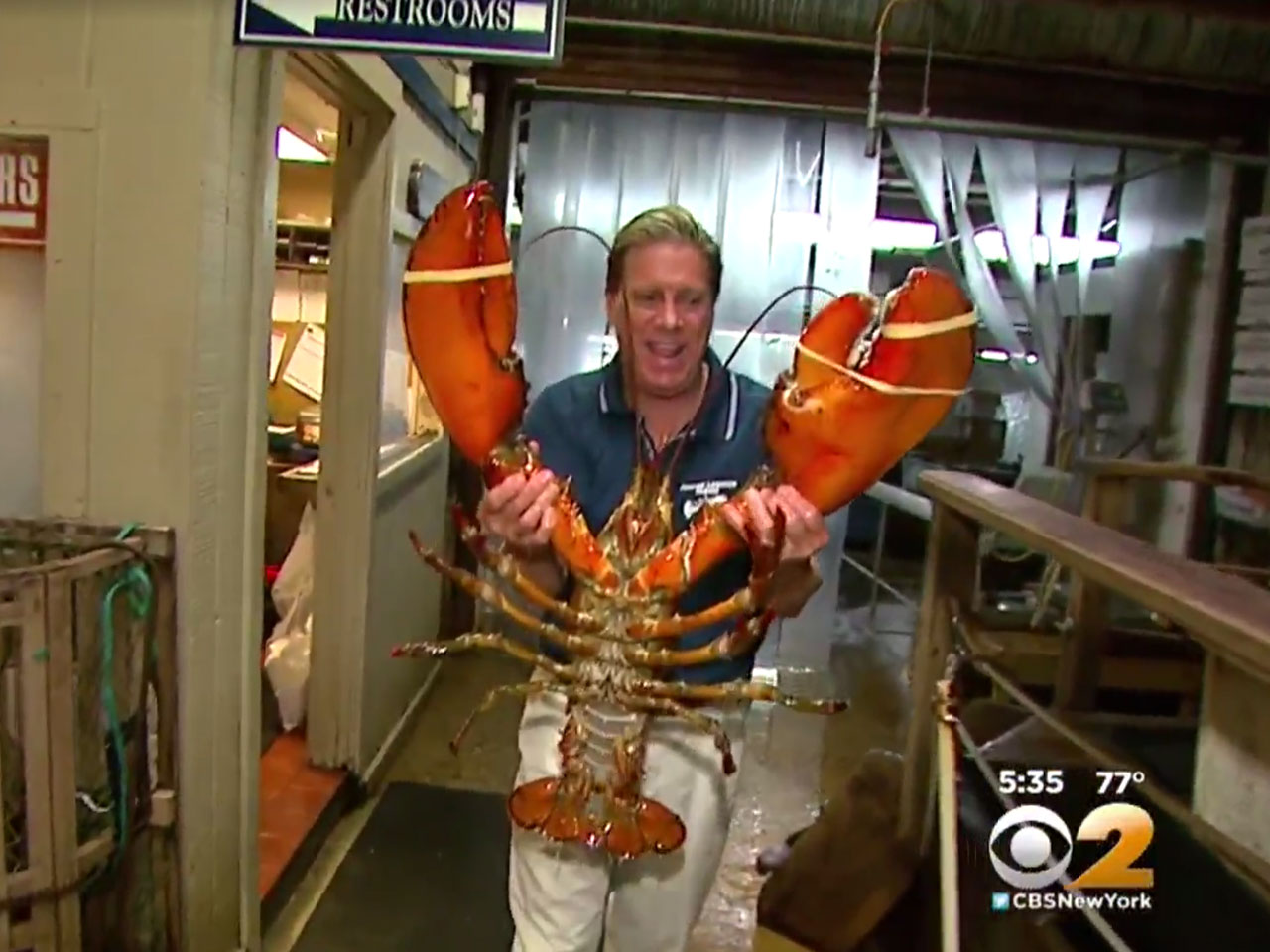 This week at Jordan Lobster Farms on Long Island, a 95-year-old crustacean has become something people don't want to eat, but they do want to take pictures with it.

"I've heard of these enormous lobsters, but I've never seen one, so it's a real treat," Long Beach resident Brittney Beigel said.

Even the employees are excited about it.

"That one you have to use your whole body weight to just lift it up, so that's crazy," employee Erika Opena added.

CBS New York reports that Jordan Lobster Farms owner Stephen Jordan is no stranger to large lobsters. Restaurant owners and diners routinely come to his wholesale and retail business for five, seven and sometimes even 10-pound lobsters. But this 23-pounder is special. Jordan said it has been about a decade since he's had a lobster this big.

"We received it yesterday morning from one of our fishermen, John Price, who's in the Bay of Fundy. He shipped it in, he didn't even tell us. He said 'look in the crate.' We opened it up and we were like 'whoa!'" Jordan said.

Due to its size and weight it's estimated the lobster is about 95 years old, but there's no way to tell its exact age. CBS New York reports that experts say even though people don't usually get to see them, lobsters at the deepest parts of the ocean often live to be 100 years old.

Jordan told CBS New York instead of selling it he's going to donate it to the Long Island Aquarium.

"It's almost like a dinosaur. You'd like to see it continue on and I think they would take good care of it," he said.

Local patrons were happy to hear that too.

"I think it's a nice thing for him to do, that the kids will get to see it," said Alisa Glasel.

"It's more cool to watch it and look at it than eat it," added Dennis Lynch.

Until it heads to its new home at the aquarium, customers can continue to see the ancient crustacean at the restaurant over the next few days.