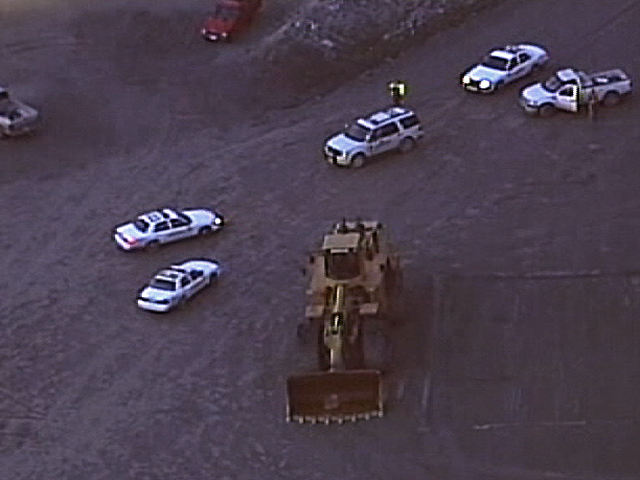 The recordings recount a desperate scene.

"There's blood all over," one caller said. "Have you ever seen a massacre? That's what it looks like right here in the office."

The first call came into 911 dispatchers at 4:27 a.m. from the control room at the quarry.

He tells the dispatcher that he received an emergency call from the site of the shooting, a trailer in the back of the quarry.

"A guy just screaming on the phone. There's people shot in the quarry," he said. He doesn't know how many people have been wounded.

The next call is from inside where the shooting took place.

His voice shaking, the man tells the dispatcher they need police and an ambulance.

"Somebody shot everybody," he said. "Please, please. They're going to die."

Emergency officials received four calls from the quarry in 10 minutes - two from the control room and two from the office where the shooting took place.

During the calls the dispatchers try to amass more information about the scene, as well as learn the identity and location of the shooter.

"What happened was we were having a safety meeting and one guy went postal," a caller says. "He was in the meeting but he just walked out and walked back in with a gun and just went crazy."

One of the callers tells the dispatcher Allman left, and he describes his car.

Authorities say after Allman fled the quarry, he shot a woman at a nearby Hewlett Packard parking lot while trying to steal her car. She survived the attack.

Allman evaded authorities for the next 27 hours. He killed himself when police confronted and shot him the following day as he hid in neighboring Sunnyvale, authorities said.

Complete coverage of the Cupertino quarry shooting on Crimesider