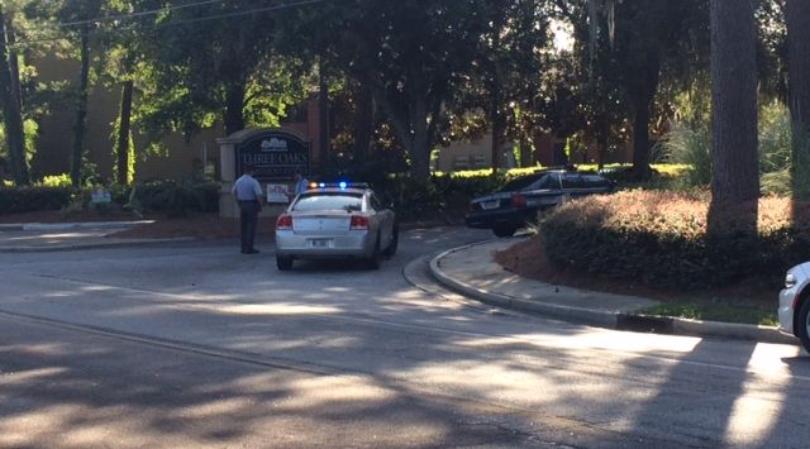 VALDOSTA, Ga. -- A man who called 911 to report a car break-in Friday ambushed a south Georgia police officer dispatched to the scene, sparking a shootout in which both the officer and suspect were wounded, authorities said. Both are expected to survive.

The shooting in Valdosta, just north of the Georgia-Florida state line, happened hours after five police officers were killed Thursday night during an ambush in Dallas. Despite saying the officer was lured to the scene by the gunman, the Georgia Bureau of Investigation said there was no immediate evidence the shootings were related.

"We're putting pieces together to understand what happened and why, developing witnesses," said Scott Dutton, spokesman for the GBI, which is handling the case at the request of local police. "There's nothing to indicate there's a connection to that."

Officer Randall Hancock was shot multiple times as he responded to a 911 call about a car break-in outside the Three Oaks Apartments just after 8 a.m. Friday, Valdosta Police Chief Brian Childress said at a news conference.

"The officer called out on the radio screaming for assistance," Childress said, and officers from multiple law enforcement agencies swarmed the apartment complex.

The GBI later identified the suspected gunman as 22-year-old Stephen Paul Beck and said it was Beck who also placed the 911 call. Both Childress and Dutton identified the suspect as an Asian male. Charges against Beck were still pending Friday as he was being treated at a Florida hospital, Dutton said.

The officer is white, according to Valdosta city spokeswoman Sementha Mathews.

Dutton said one gunshot hit the officer in the abdomen, just below his protective vest. Other shots hit Hancock's vest. The officer fired back and wounded the suspect.

Hancock underwent surgery at a local hospital and was stable Friday as he rested with his family by his side, Childress said. The suspect was also considered stable, he said.

The incident comes amid an increase in ambushes and shootings on police officers.

"It is often said that a law enforcement officer leaves for work each day not knowing if he or she will return home safely to his or her family," Valdosta City Manager Larry Hanson said Friday. "Incidents like this bring realization to the danger police professionals face each and every day while carrying out their duties to serve and protect."

The police chief said Hancock was wearing a body camera, and its video footage had been turned over to the GBI.

Childress declined to comment on any possible motive when asked about his officer being shot so soon after the Dallas attacks. The Dallas officers were shot during a protest over the recent killings of black men by police in Minnesota and Louisiana.

"You start to wonder," the police chief said. "But any motive of why this happened this morning, it would be speculation."