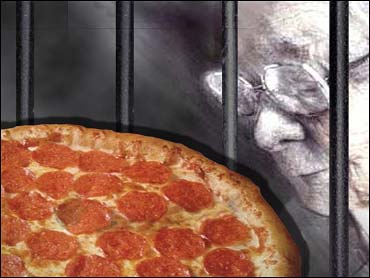 An 86-year-old woman was jailed after police said she called emergency dispatchers 20 times in a little more than a half-hour--all to complain that a pizza parlor wouldn't deliver.

She told dispatchers Sunday that a local pizza shop refused to deliver to her south Charlotte apartment, said Giannini. She also complained that someone at the shop called her a "crazy old coot," Giannini said.

Densmore wanted them arrested. Instead, police came to arrest her, and she resisted, Giannini said.

It's unusual for someone to face charges for nonemergency calls, Giannini said. But on Sunday, Densmore kept calling 911, even after she was told to stop, Giannini said.

When an officer arrived at her apartment, the 5-foot-tall, 98-pound woman attacked him, Giannini said. Densmore scratched him, kicked and bit his hand, she said.