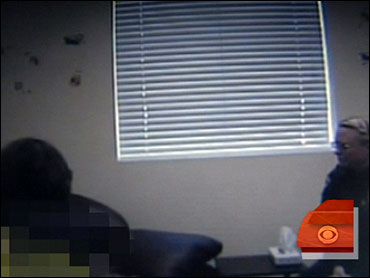 A 9-year-old Arizona boy pleaded guilty Thursday to negligent homicide in the shooting death of his father's roommate.

Under a plea agreement, two charges of premeditated murder for the deaths of the father and the roommate were dropped. Police said the boy used a .22-caliber rifle to shoot the men as they returned home from work.

The boy's plea spares the rural community of about 4,000 from what would have been an emotional trial and prevents the boy from serving time in the state juvenile corrections system or being tried as an adult.

The boy has not yet been sentenced. He could be sent to the county juvenile system, which would keep him close to his relatives.

"It's a compromise - no one is really pleased," defense attorney Benjamin Brewer said after the hearing.

The boy's mother objected to the plea deal.

The boy previously pleaded not guilty in the Nov. 5 deaths of his father, 29-year-old Vincent Romero, and the roommate, 39-year-old Timothy Romans, who rented a room from the boy's father. The boy was 8 at the time of the killings.

Prosecutors and defense attorneys struggled with what to do with a child who was charged with murder while he was so young. Talk of a plea deal emerged less than a month after the shootings, but defense attorney Benjamin Brewer said at the time that he was unsure of his client's ability to understand the proceedings.

According to former Apache County Attorney Criss Candelaria, who made the decision to charge the boy, the small staff was unprepared for the complicated case, CBS affiliate KPHO in Phoenix.

"It's hard to get a square peg in a round hole that we used as our template," Candelaria said. "(We were asking) how really does this fit?"

Nevertheless, he said he would do it all again.

"I don't think we were aggressive at all," he said. "But I think we had to do it for (the) protection of society."