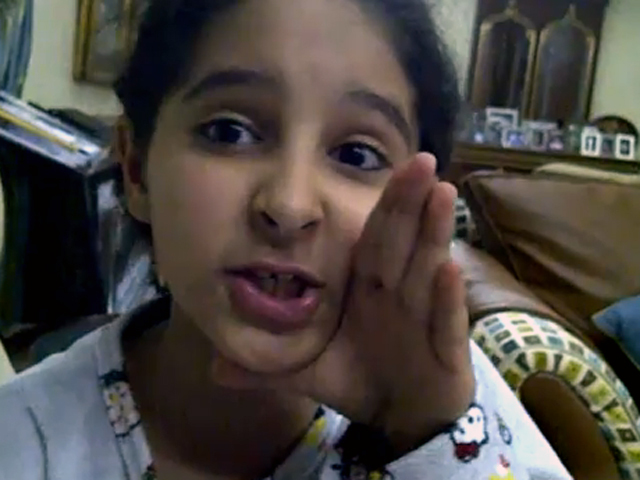 "Let the people of Egypt vote," she says. "'Cause if you don't, they're just going to make problems for you."

The YouTube video, which is nearly a minute-long lecture of a child's insight into the political turmoil in Egypt, was posted on January 29, 2011, and has already accrued over 150,000 views.

Be sure to catch Juju's final caveat to Mubarak:

"By the way, some of your police officers remove their jacket and they're joining the people," she whispers.