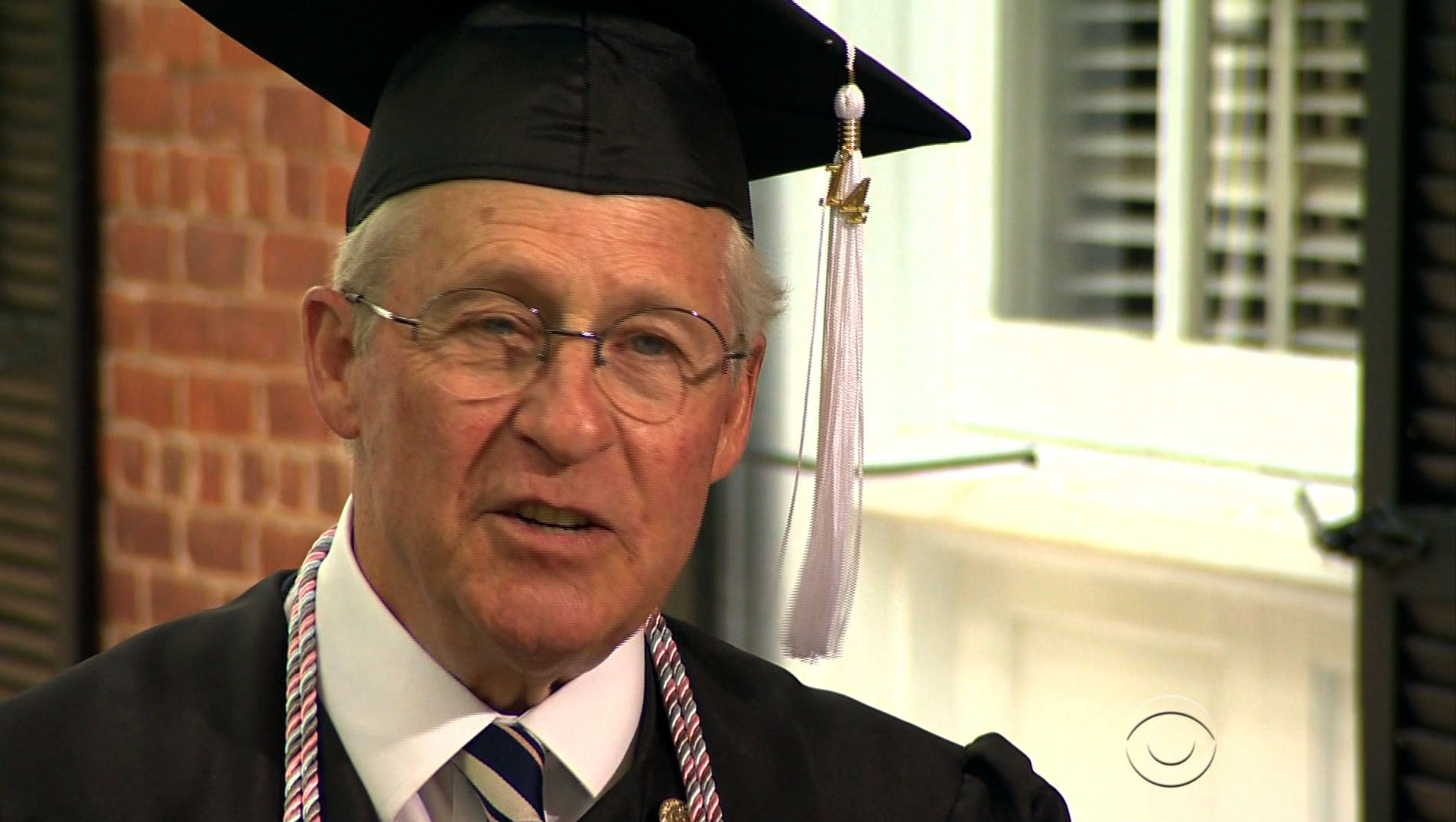 CHARLOTTESVILLE, Va. - Many college graduates look back at their years on campus as the best time of their lives. One member of the Class of '14 might agree with that. He aced college on his third try.

He donned an orange wing and could been seen leaping up and down at a UVA basketball game. He rushed the passer on a flag football team named for him.

You could also find him at his fraternity, Chi Phi, and yes, at the library working on his thesis.

Four years ago, at age 66, Reid decided not just to get a degree but to live the undergraduate life.

Why did he make that choice?

"I couldn't see doing it any other way because I missed it. The first time around I was too stupid and too self-absorbed and too self-destructive to realize what I was giving up," he said.

Two things still had to happen. His wife, Susan, had to give permission for the adventure.

No problem, she said -- but he would not live in the dorms.

And he needed to blend in with 20-year-olds. No problem there either, says classmate Marie Fleming.

"He just understands us. He's just young at heart," she said.

What the students all saw was a man enjoying every second of his second chance.

"He gives everyone energy. He gets everyone pumped up," said teammate Dana Tatnell.

Is there a message here for people in their 60s who feel like it's over?

"That message is that you're not over until you say it's over," said Reid.

"No matter how old you are, the world is still in front of you. It's not behind you."

When Reid finally held his diploma, his classmates cheered -- and you understood why.

He wasn't some old guy starting over in college. He was one of them, starting the rest of his life.