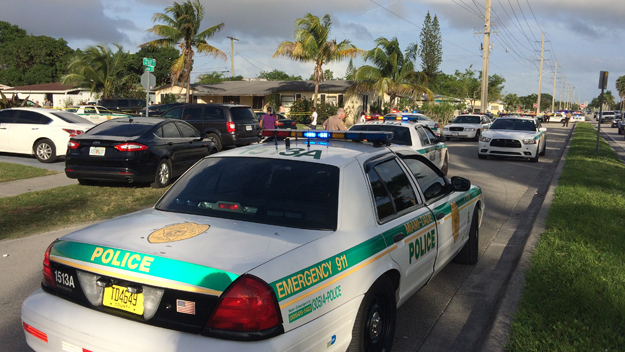 MIAMI-DADE, Fla.-- Police say a 7-year-old boy was killed in a drive-by shooting Sunday while visiting family in southwest Miami-Dade for the holidays.

According to The Miami Herald Miami-Dade Police officer Juan Perez said the shooting, in Richmond Heights, about 24 miles southwest of Miami, involved a high-powered rifle.

Perez said no one was arrested, but one man was put in handcuffs "for his own safety" so he would calm down.

Officials said the child was watching TV in the living room when a car drove by and opened fire, CBS Miami reports.

Police were searching for a Dodge Ram believed to be involved.

Sunday evening, police had taped off much of the area as they continued to investigate.