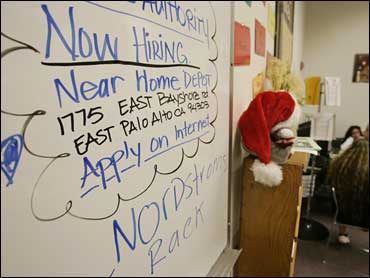 This commentary was written by Christopher Lochhead, a former technology executive who now works as a strategy advisor.

It went horribly wrong the second my bike hit the tree. As I flew over the handle bars, it was clear that my misjudgment was about to cause a lot of pain. Thanks to my Giro helmet, buddy Troy, and the E.R. team at Dominican Hospital in Santa Cruz, CA., I made it through the crash with only a dislocated clavicle, bruised ribs, and torn ligaments.

Today, a lot of companies are crashing and their employees are similarly winding up getting tossed into the dirt. In fact, recent jobless data show a record 6.5 million people are now on assistance in the U.S. Clearly, it's dangerous out there. But there is a way you stay ahead of the wrecking ball. Here are seven signs (learned the hard way) that your company is about to crash and how to avoid ending up in the "career E.R."

1) Great People Are Leaving & Dumb People Are Staying
Great people build great companies. When you start to notice that more than a few great people are leaving, something is wrong. When a company's best people start leaving, it sets off a chain reaction. Here's what happens.
Great people (let's call then "A-players") love to work with other super talented A-players. They create a winning culture, which creates a winning company. Just like Michael Jordan who famously pushed his teammates to be their best.

Not so with B-players. They tend to hire, work with, and promote people who are less talented than them ("C-players"), in an effort make themselves look better and/or to feel superior. This behavior sets off a chain reaction of poor company performance. Which then rots the culture of a company. As the A's leave and the B's and C's take over, one day you wake up and are working with a bunch of morons.

2) You Don't Understand Your Company's Strategy
Great companies have a game plan for winning. A plan that is clear and simple to understand. They can show you their strategy on one piece of paper and can explain it in about thirty seconds. Poorly run companies either don't have or can't articulate their strategy. If you can't explain what your company does, why you matter, and what makes you different in 30 seconds, it's mostly likely because your company does not have a strategy or your executives can not communicate it. Either way, it is a sign that you may be going over the handle bars.

3) Growing Slower Than Your Industry
Successful companies grow faster than their market does. This means they are expanding sales while taking market-share from competitors. For example, Apple has been growing its market share for the last few years as Dell has been shrinking. Every day customers vote with their wallets. Losing sales is a sign you may be working for a loser. If your industry is growing at five percent and your company is growing at two percent you are losing market-share. Over time, this will catch up with you sending you flying into the unemployment line.

4) Frequently Missed Targets
Most companies, especially in tough economies miss their targets from time-to-time. But, when a company misses its quarterly Wall Street earnings (or internal budget targets if your are a smaller business or privately held) frequently in a short period of time, it is a sign of more than a bad economy. It signals bad planning, bad forecasting, bad sales management, bad expense controls, or a company being badly beaten by competitors. No matter what the cause, this is a sign of weak executive management. And weak executives can destroy a strong company quickly. So if this is happening at your company, make sure you are wearing a helmet.

5) Repeated Layoffs
Many companies have done layoffs in this economy, but if your company is doing it regularly it is another sign of poor management. Most executive teams underestimate how much trouble they are in when things start going sideways. So when it comes time to cut expenses and people, they have often don't go deep enough. Then, three to six months later they are forced to do another layoff. If this turns into a vicious cycle, you have incompetent management and probably an out of touch board of directors. Their ineptitude will cause more and more jobs losses. This will continue until your board-of-directors wakes up and lays off the real source of the problem: the CEO.

6) Running Out Of Cash
Cash is the life blood of every company. The cash a company generates tells you a lot about its health. A company's cash position is also one of the purest metrics to track. It's not subject to interpretation the way revenue, expenses, and earnings are. So pay close attention to it. If there is more cash going out than coming in every quarter, the bike ride ends badly for employees.

7) Poor or No Communication From Executives
If your executives are not communicating effectively with you and your co-workers it's a warning sign. In tough times incompetent executives go into hiding. If and when they do communicate they do it in dumb `bizno-babble' ways. To wit: "This quarter we experienced some negative earnings growth resulting from the current economic pressures and global mitigating circumstances. We expect to incur some challenges going-forward due to visibility issues and other macro-spending trends." Etc. etc. If you don't understand what they are saying, it's because the executives don't know what they are doing.

So if your company is showing some of all of these seven signs it is time to get proactive. You could start looking for another job now (most experts think it is easier to get a new job, while you are currently employed), wait to get a laid-off (and hope for a solid severance package), or wait it out in hopes that you company will get healthy. No matter what it is smart to raise your profile in your profession by attending industry events, getting to know some recruiters, and making sure you have up-to-date profiles on social networking sites like Linkedin.com, Facebook.com and Spoke.com

Whatever you choose to do, do not wait until your flying over the handle bars to make a plan. If it looks like your company is about to crash, be proactive about weighing your options, make a decision, then take action.