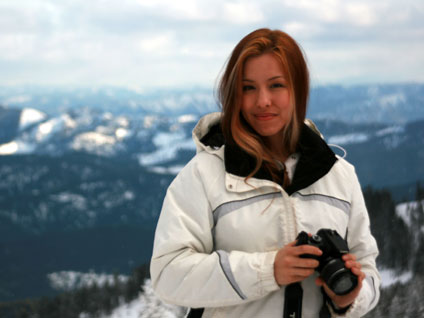 Abdul Rahman Yasin is the only participant in the first attempt to blow up the World Trade Center in 1993 who was never caught. Yasin, who was indicted in the bombing but escaped, was interviewed by CBS News' Lesley Stahl in an Iraqi installation near Baghdad last Thursday, May 23. Stahl's report appeared on 60 Minutes, Sunday June 2nd.

Abdul Rahman Yasin fled to Iraq after the first World Trade Center bombing in 1993. He lived as a free man for a year, but the authorities in Iraq tell CBS News they put him in prison in 1994. After 9/11, President Bush put Yasin on a new most wanted list, with a $25 million reward.

Yasin tells Stahl that the twin towers were not the terrorists' first choice. Ramzi Yousef, the so-called mastermind of the '93 attack, had something else in mind.

"[Yousef] told me, 'I want to blow up Jewish neighborhoods in Brooklyn.'" But after scouting Crown Heights and Williamsburg, Yasin says, Yousef had a better idea.

"Ramzi Yousef told us to go to the World Trade Center… 'I have an idea we should do one big explosion rather than do small ones in Jewish neighborhoods,'" Yasin says.

U.S. officials say they never knew that Jewish neighborhoods in Brooklyn were on the original hit list of Yousef and his lieutenant, Mohammed Salameh.

Yasin, 40, says he is sorry for what he did and that the bombers, whom he said he met for the first time while living in a Jersey City apartment building, talked him into it.

"[Yousef and Salameh] used to tell me how Arabs suffered a great deal and that we have to send a message that this is not right … to revenge for my Palestinian brothers and my brothers in Saudi Arabia," Yasin tells Stahl. He adds that they also prodded him about being an Iraqi who should avenge the defeat of Iraq in the Gulf War.

Yasin confirms that Yousef was the maker of the bomb used in the attack and that Yousef learned the process in a terrorist camp in Peshawar, Pakistan, before entering the United States.

"He said that in Peshawar there were schools that taught" bomb-making.

Asked if he knew that Yousef had been trained to come to the United States as a terrorist to make bombs and blow things up, Yasin says, "I knew that after I started working with them."

Yasin was picked up by the FBI a few days after the bombing in an apartment in Jersey City, N.J., that he was sharing with his mother. He was so helpful and cooperative, giving the FBI names and addresses, that they released him.

Yasin says he was even driven back home in an FBI car.

60 Minutes has independently confirmed that the man interviewed is, indeed, Yasin, whose picture is on the FBI Web site along with Osama bin Laden, one of President Bush's 22 most-wanted terrorists.