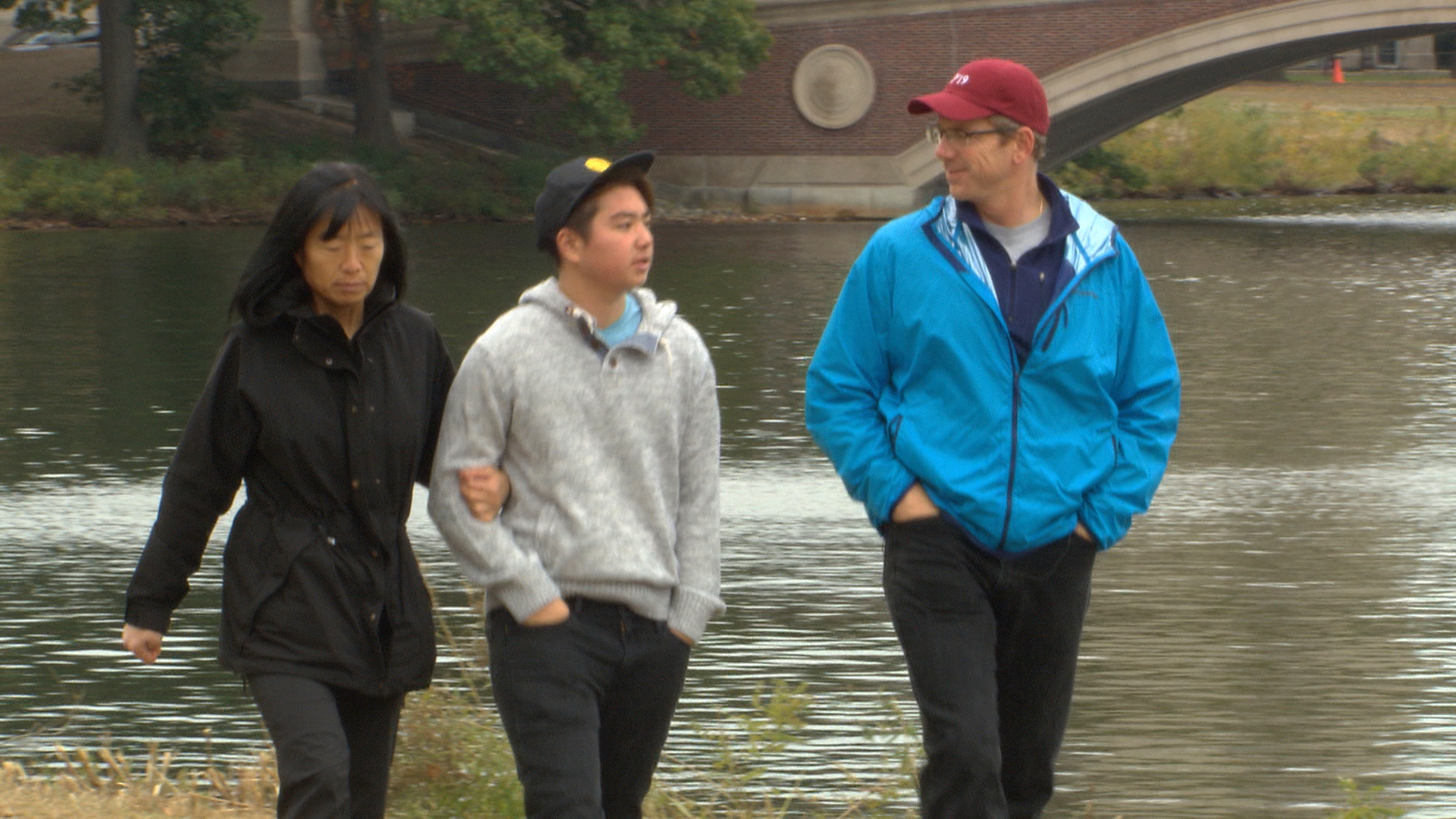 “I don’t like calling bodies wrong.” That’s what Schuyler Bailar, a transgender swimmer for Harvard, tells 60 Minutes in the Overtime video above. And yet, as Schuyler, who was born female, entered puberty, he felt increasingly alienated from his body.

“I watched my brother go through puberty and he grew into his body,” Schuyler says. “I was like, ‘Why does he get to grow into his body? I feel like I’m growing out of mine. I feel like my body is-- is growing away from me.’”

On 60 Minutes this week, correspondent Lesley Stahl explores how Schuyler came to terms with being transgender and the difficult choice he faced when he started Harvard last fall: compete as a star breaststroker on the women’s team, as planned, or swim with the men and lose the glory of winning.

But Schuyler wasn’t the only one who had to adjust to a new reality. Stahl interviews his parents -- Gregor and Terry Bailar -- about what it’s like to realize your daughter is actually your son.

In the story, Gregor remembers the moment Schuyler came to him in tears and revealed that he was transgender.

“So how did you handle it?” Stahl asks.

“I hugged him,” Gregor recalls. “And he cried and cried.”

Schuyler had been depressed as a girl and suffered through eating disorders. “His mother told us that she feared for his life. So it was that serious,” Stahl tells Overtime. “In a way, I think that they were as relieved as Schuyler was to figure it out. And they accepted it because they knew it was real.”

But that didn’t make it an easy adjustment. For one thing, Schuyler wanted a double mastectomy right away, a serious - and decisive - operation. His parents urged him to wait a few months to be sure he was making the right choice. He also started taking testosterone, which ushered in a second puberty, Schuyler says -- “boy puberty.”

As a man, his parents report, he’s messier and less emotive. “He has so many [emotions] and it just doesn’t come out,” Terry says. “He says, ‘It’s stuck.’”

More dramatically, his parents had to adjust to seeing their family in a new light. “They thought they had a little girl, and now they have two sons. So I’m sure that they were going through emotions,” Stahl tells Overtime. “But Schuyler was never made to feel that they were against this, that they were unhappy about it. They just supported him. And it was wonderful.”

Stahl ask Schuyler if he thinks his mother experienced a sense of loss when he transitioned. “I don’t want to believe that there is because that makes me sad and makes me feel at fault, but I know there is.”

Terry admits that she sometimes has to “take a breath” when she sees pictures of Schuyler as a little girl, but she’s proud of the man he’s become. “Schuyler is strong. Schuyler is healthy. Schuyler is content,” she says. “Schuyler is Schuyler. And Schuyler will always be Schuyler.”