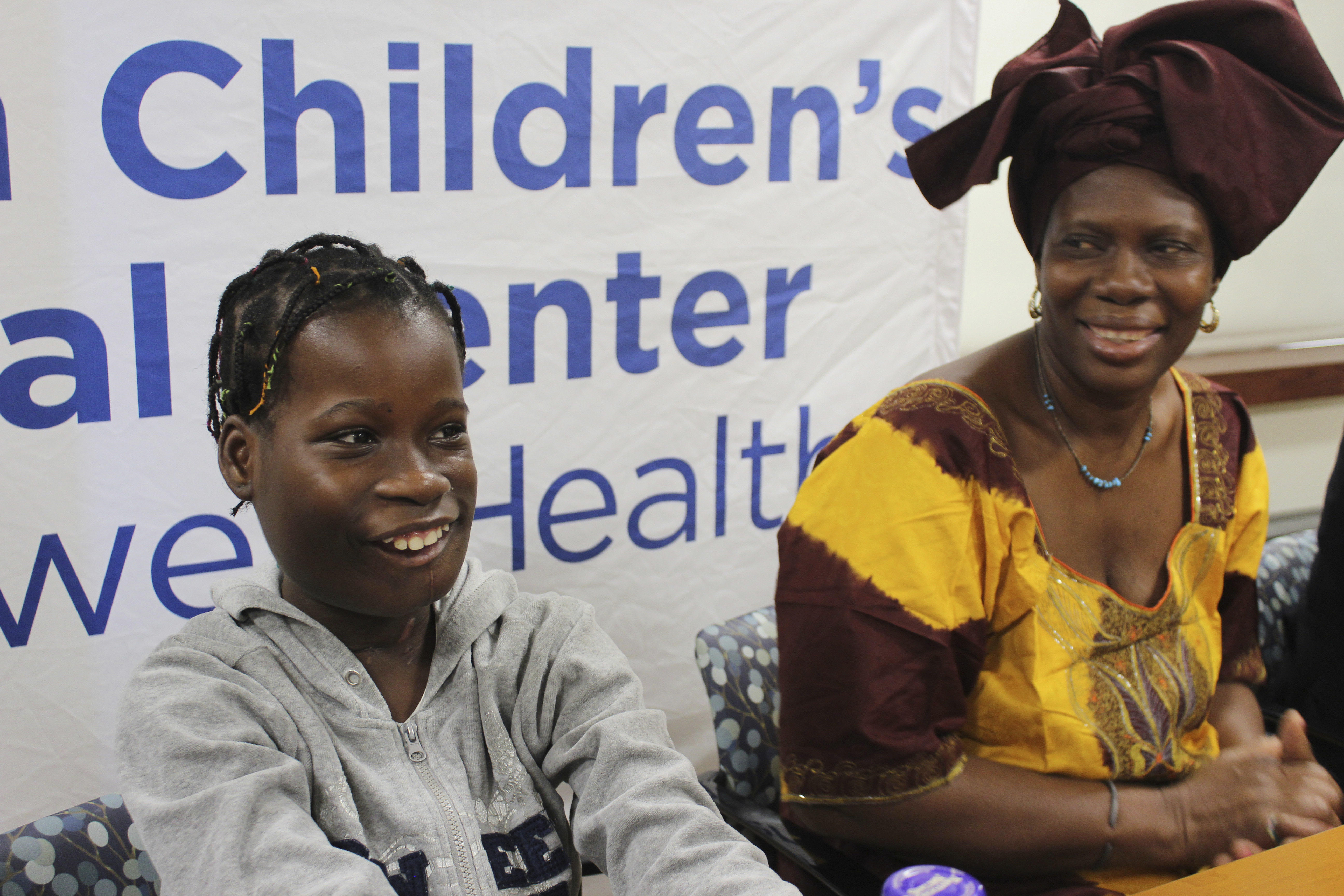 Twelve-year-old Janet Sylva of Gambia wants to be a doctor when she grows up, she says with a broad grin. In January, New York surgeons gave Sylva her smile back after removing one of the largest tumors they’d ever seen from her mouth.

The 6-pound benign tumor was about the size of a cantaloupe and prevented Sylva from eating. It had become so difficult for her to breathe that doctors were afraid she might die within a year unless she underwent surgery to excise the mass.

“It made her a prisoner in her own body,” said Dr. David Hoffman, a Staten Island surgeon who became aware of Janet’s plight last year after doctors in Gambia’s neighboring West African nation of Senegal reached out to international health groups for assistance.

Sylva had stopped going to school and wore a scarf around her face to hide the massive tumor.

Hoffman coordinated with the Global Medical Relief Fund and a team of volunteer surgeons and other medical staff at Cohen Children’s Medical Center in New Hyde Park , N.Y., on Long Island, to arrange for Sylva to have the surgery at no cost.

Dr. Armen Kasabian, chief of plastic surgery at North Shore University Hospital, led the team in performing the delicate operation. The procedure involved removing the tumor and also rebuilding Sylva’s jaw by using part of a bone from her leg. Kasabian said the team knew they had to get it right the first time because Janet and her mother, Philomena, would only be in the U.S. for a short time.

“We don’t have the luxury of operating on her 10 times,” he said. “We have to try and get the most that we can out of just one operation.”

He and Hoffman said they employed 3-D imaging to build models of the child’s mouth, including the tumor. They were able to use the virtual modeling techniques to practice before performing the actual 12-hour surgery that took place on Jan. 16.

Both physicians said the tumor wouldn’t have grown so large if Janet had lived in the U.S.

“It would never get to this,” Kasabian said. “This grew over the course of three years, and she had no one to take care of it there. Here, it would have been treated when it was smaller and more manageable.”

Janet and her mother are preparing to return to Gambia next week, said Elissa Montanti of the Global Medical Relief Fund, the Staten-Island based charity that arranged for transportation, housing and travel visas for Janet and her mother.

Through an interpreter speaking their native language of Wolof, the mother and daughter shyly thanked the medical staff.

“I’m very happy and grateful because I have my daughter back,” Philomena Sylva said.

Janet smiled and said the scarf she had worn to hide her face has been thrown away.