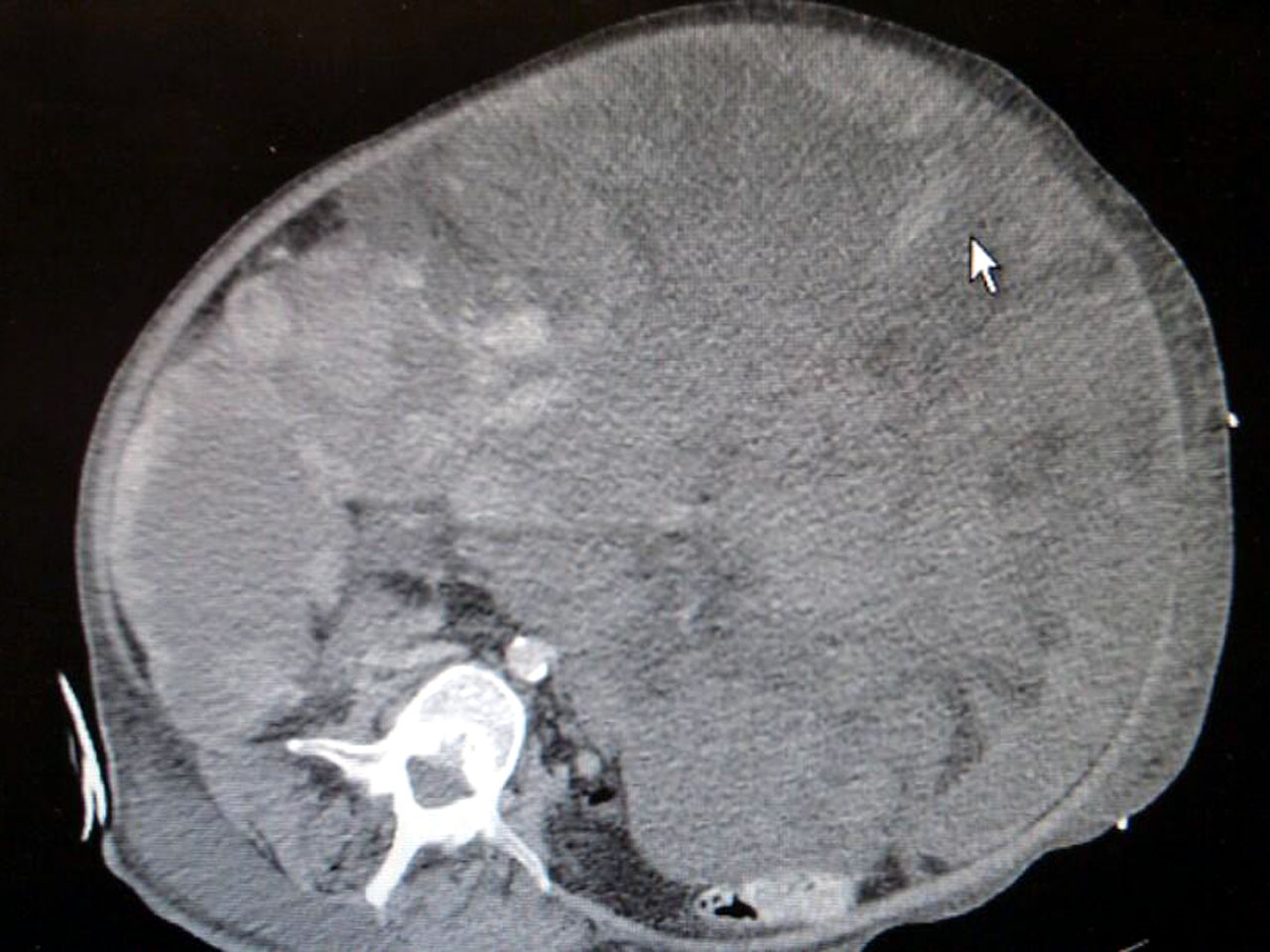 CBS New York reports that a woman identified as "Evelyn" began to notice her belly started growing in late April but without insurance coverage, she waited six weeks to see a doctor until Medicare kicked in on her 65th birthday.

She wasn't in any pain when she finally saw doctors at Riverview Medical Center in Red Bank in N.J. in early June - she was only perplexed that her slim body kept getting rounder.

"We were kidding about it, of course," Evelyn told CBS New York. "But we didn't know it that it was something really, really serious."

A CT scan revealed the enormous fast-growing tumor called a sarcoma that weighed in at over 50 pounds. The tumor was so big that it covered the woman's entire abdomen.

"The size was something I'd never seen," said her surgeon at the hospital, Dr. David Dupree.

The woman's reaction to the scan? "'Whew, that thing is huge!'"

Dupree immediately rushed Evelyn to surgery because the tumor was crushing her organs and the main vein leading to her heart. Following a five-hour surgery in which doctors carefully separated the tumor from surrounding organs one millimeter at a time, two surgeons were able to take the tumor out.

"We both literally had to hold our hands together to lift this 51-pound tumor out," Dr. Dupree said.

Evelyn survived the surgery, which was described as touch-and-go at times, and she is expected to leave the hospital and return home in a few days.

"I love him to pieces," Evelyn said of her doctor.