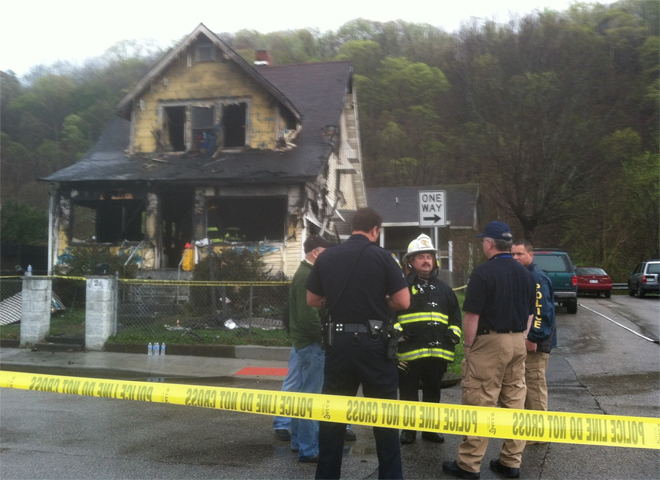 Charleston Mayor Danny Jones said he believed it was the city's deadliest fire in at least six decades. Jones said only one smoke detector was found in a cabinet, and it was not working.

Charleston Assistant Fire Chief Bob Sharp said two of those killed were adults, and all of the children who died were younger than 8.

In addition, one child was on life support at a hospital and not expected to survive, the mayor said.

Authorities told CBS Affiliate WOWK that a birthday-turned-slumber party was taking place in the home at the time of the fire.

It was not immediately clear how the blaze started early Saturday morning at the two-story, wood-frame home.

In the yard of the home that sits on a corner in a neighborhood tightly packed with small houses, a children's picnic table, chairs and umbrella were overturned. The outside of the front of the home was blackened by the flames and smoke.

Jones said he was devastated by the news when he got the call sometime after the fire was reported around 3:30 a.m.

"I was with my children and I just grabbed them and hugged them, because I have a 5-year-old and a 4-year-old," he said. "I walked up there and caught a glimpse of some fatalities and it's something that's hard to grasp. The fact that there are (six) dead children, it's unimaginable."

Ten people were inside the home at the time of the fire and all were related, but Sharp wasn't sure how.

An adult female from the home went to a neighbor's house to report the fire. The home was engulfed in flames when firefighters arrived.

Sharp said firefighters reduced the flames quickly. When they went inside, they immediately came across five victims and "started realizing there were a lot of people in this house, a lot of children."

Sharp said the fire seems to have started in the middle of the home's main level. The cause is under investigation.

Sharp said it was the deadliest fire in the city since seven firefighters perished in while battling a fire at a Woolworth department store in 1949.

"You can imagine how traumatizing that is to us and shocking to the community in general," he said.