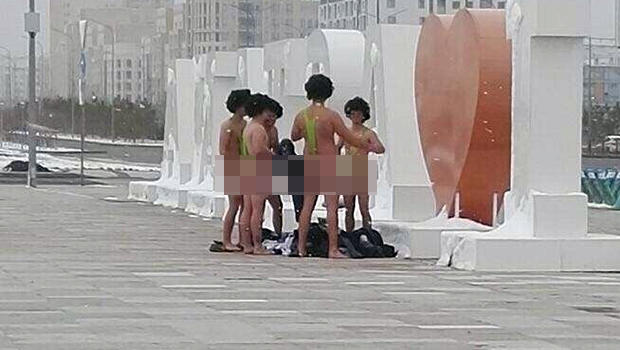 PRAGUE -- Six Czech tourists who dressed up in skimpy swimsuits made famous by Sacha Baron Cohen's "Borat" have reportedly been detained by authorities in Kazakhstan's capital Astana.

Sporting lime green "mankinis" and black wigs, the men had hoped to take a picture in front of the "I Love Astana" sign.

But local police took action, detaining them on Friday and fining them 22,500 tenge ($68) each for committing minor hooliganism, according to the Kazakh news website informburo.kz.

That film offended many Kazakhs by portraying the country as backward and degenerate.