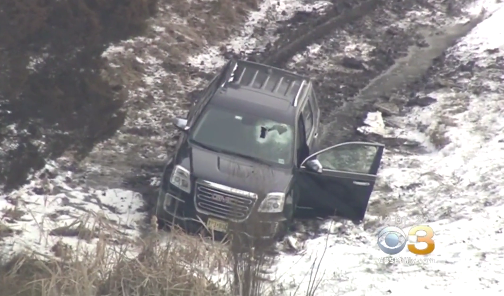 It happened around 7:20 a.m. near mile marker 6.3 south in Oldmans Township.

New Jersey State Police said the driver lost control, left the turnpike and crashed into the woods after the 50-pound dumbbell smashed through the window.

The man was transported to Crozier Chester Medical Center. His condition is unknown at this time.

Police say there was a woman also in the vehicle. She was not injured.

Police do not know yet where the weight came from and are investigating.