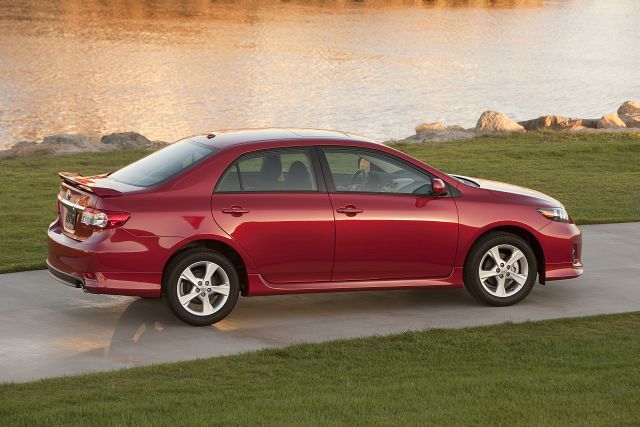 Just as surely as graduates put on caps and gowns at this time of year, parents will worry about those kids when they get into cars. The GM ignition switch recall controversy, where many of the victims of crashes in faulty models were young, has highlighted concerns parents have to make sure their child is driving a safe car.

So, if you can afford to buy a car for the graduates in your life -- or if they saved enough from part-time jobs to finance their own ride -- think safety first in choosing that vehicle. Since used cars are more affordable for young drivers, CBS MoneyWatch looked for models that could both protect occupants in crashes and help avoid accidents in the first place.

These five used cars are three-year-old 2011 models in good condition with 40,000 miles or less on the odometer, which keeps the price with one exception below $15,000.

A key feature in preventing serious accidents is electronic stability control, which helps avoid rollovers. "While airbags provide protection when people are in crashes, research shows that electronic stability control reduces the risk of getting into crashes in the first place," said spokesman Russ Rader of the Insurance Institute for Highway Safety, a research organization that conducts crash tests.

All new 2014 cars are required to have electronic stability control, but that wasn't yet true for 2010 and 2011 models. So, our used car picks all have that feature. For protection if a crash does happen, these recommendations all got the best Top Safety Pick rating in the Insurance Institute crash tests .

Here's a closer look at our five safe recommendations. All are rated as reliable used cars in owner surveys by Consumer Reports and J.D. Power. Prices cited here are from Kelley Blue Book for used cars bought from a dealer -- generally a better place to buy than from individual sellers.

Honda Civic four-door sedan -- The Civic is the top-ranked affordable 2011 small car among reviewers surveyed by U.S. News. Civics are perennially popular among young buyers both for style and driveability. But to get the optional traction control essential to the high safety rating, you need to find the well-equipped EX-L version. For that reason, and because Hondas generally hold their value very well, this is the most expensive of our recommendations, selling for an average of about $16,800. Gas mileage ratings for this Civic are 26 mpg in city driving and 34 on the highway.

Jeep Patriot -- For a high school graduate hauling stuff to college or any young driver who carries friends and sports gear, this small SUV could work well. And if camping or hiking is on the agenda, the Patriot has the signature Jeep off-road capability. The average price will run about $13,750, but make sure the Patriot you consider has the optional side airbags. Mileage ratings are 23 MPG in city driving, 29 on the highway.

Kia Soul -- The Soul has a funky look and a long-running cool ad campaign featuring hip-hop hamsters. On the practical side, its squared-off styling leads to lots of headroom and legroom. Reviewers note that it has plenty of appealing standard features such as USB ports, four-speaker stereo and power windows. The average price for the used 2011 Soul is about $12,275. Mileage ratings are 26 MPG in city driving, 31 on the highway.

Toyota Corolla -- Toyota is fond of bragging that the Corolla is one of the biggest-selling individual models in the world, and U.S. buyers do their part. Not as stylish as some other names on the list, the Corolla boasts top-ranked reliability and good interior space. The average price is around $13,850. Mileage ratings are 28 MPG in city driving, 35 on the highway.

Volkswagen Golf -- One of the most fun-to-drive small cars, the Golf also has a comfortable interior and good cargo space. Cruise control and power windows are standard. The average price is around $13,575 with a mileage rating of 23 MPG in the city, 33 on the highway.

Many models have recalls issued over time. Even though these recommendations have top safety ratings, you should check at a recall site run by Carfax for any specific car you're considering to see if all recall fixes have been done for that particular vehicle.