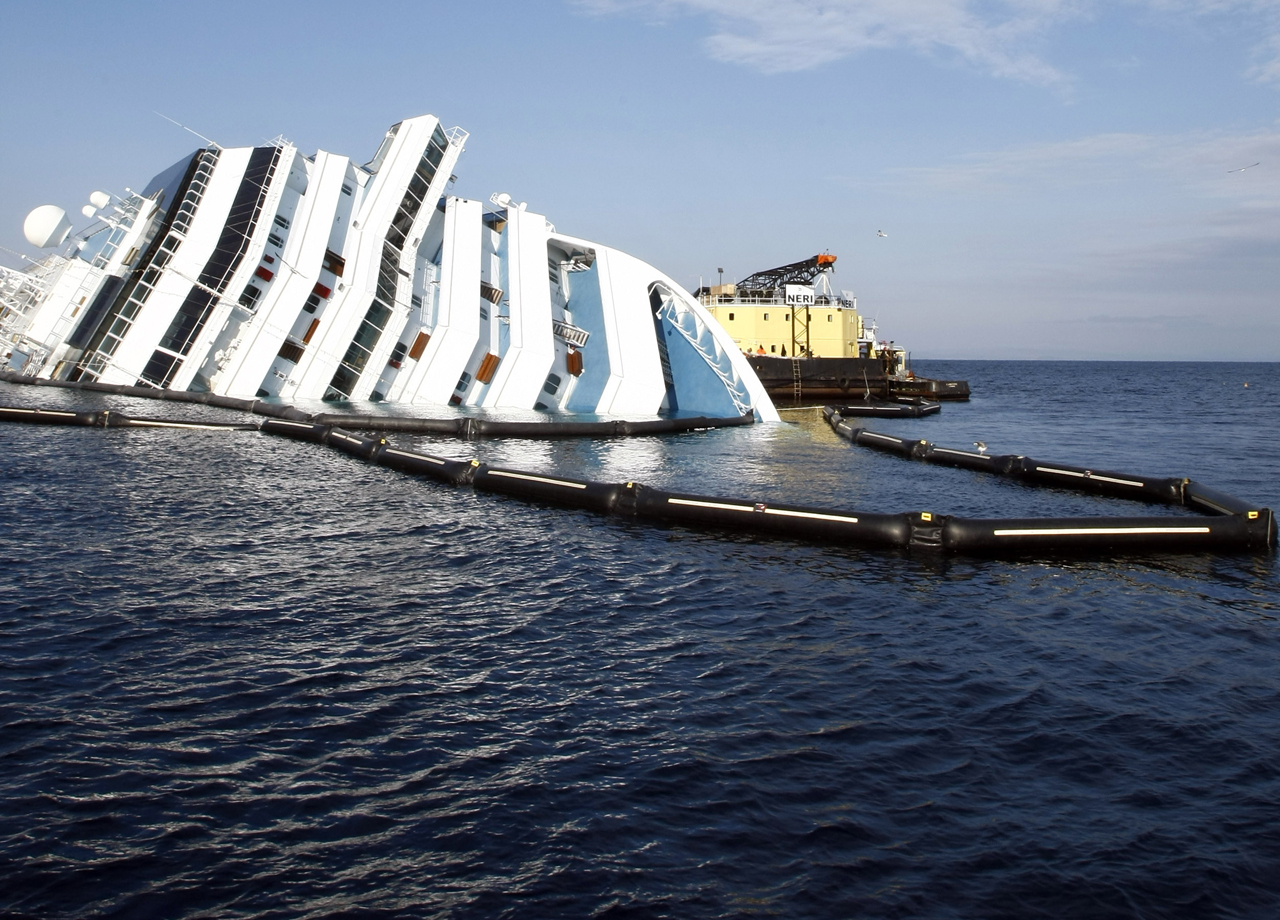 The discovery raises to 30 the number of bodies found. Two people remain missing and are presumed dead.

The latest bodies were all found in spaces between the hull and the seabed off the Tuscan island of Giglio, according to the Italian Civil Protection agency, which is coordinating search operations. Since the Jan. 13 capsizing, the Concordia has been lying on its side, half submerged in water near Giglio's port.


No details were given about the victims. Earlier, Franco Gabrielli, the official coordinating the search and salvage efforts, told reporters on the island that bodies were spotted when divers were working to set up a robotic device to search otherwise inaccessible parts of the wreck.

The bodies were seen "in the spaces between the hull and the seabed," Gabrielli said. He added that it would take several days of work for the bodies to be removed.

All of the other bodies before Thursday had been found inside the ship, except for three found in the sea near the ship in the first hours after the Concordia capsized.

The ship hit a rocky reef, took on water and turned over just outside the port of the tiny island of Giglio off Tuscany. Divers and searchers have been combing the half-submerged ship, from passenger cabins to elevators to the decks where many of the 4,200 passengers and crew gathered during the delayed and frantic evacuation. Many jumped into the sea when lifeboats were unable to be launched because of the ship's tilt.

Even before the latest bodies were found, eight removed in recent weeks were awaiting official identification. Weeks in the water badly decomposed the remains, and forensic authorities have used DNA sampling to try to identify them.

A crew member from India and several passengers, including an elderly U.S. couple and others from Italy and Germany, are among those listed as missing or unidentified.

The Concordia capsized in a protected sea sanctuary, and salvage teams have been removing fuel since Feb. 12 in hopes of sparing the pristine waters from pollution. Costa Crociere SpA., the Italian cruise company, and Italian officials said fuel removal was expected to be completed by Friday evening.

Occasional bad weather and choppy seas have at times forced suspension of both the search for bodies and the fuel removal.

The operation to remove the wrecked Concordia itself could take as long as 12 months. Bids for the job are being evaluated.