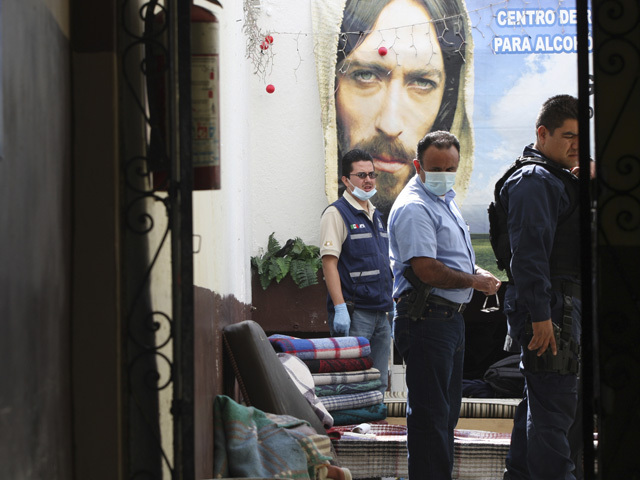 MEXICO CITY - Medical officials say five recovering drug addicts died and dozens of others were sickened by soy sausage served for Christmas dinner at a rehabilitation center in western Mexico.

Authorities were investigating whether the poisoning at the center in the city of Guadalajara was accidental or intentional. Drug cartels have taken over rehabilitation centers in parts of Mexico, forcibly recruiting addicts as hit men and smugglers. The invasions have led to mass shootings at the centers that have left dozens dead.

Alhy Daniel Nunez is a spokesman for the Red Cross in the western state of Jalisco, where Guadalajara is located. He said Monday that 37 people remained hospitalized, three of them in serious condition.