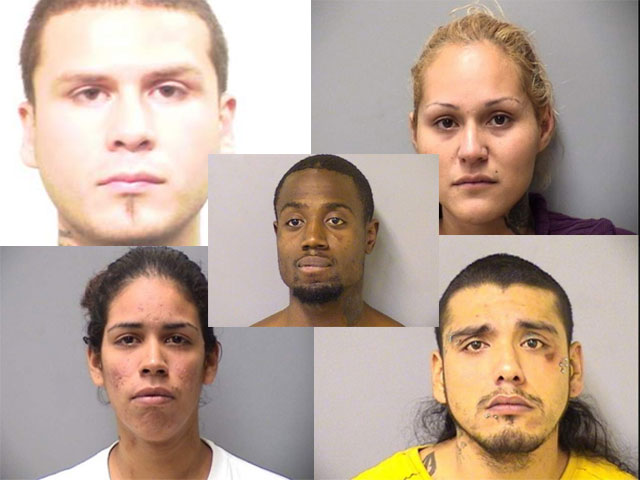 (CBS/WBBM) CHICAGO - Three men and two women have been charged with murder in the death of 28-year-old Gumaro Chavez, who was robbed, beaten, then stabbed to death after leaving a transgender bar in the Southwest Side Little Village neighborhood of Chicago early Saturday.

All but Torres were denied bond on Tuesday, while Torres was ordered held on $750,000 bond, Simonton said. All five will appear for a preliminary hearing on Oct. 7.

Chavez left La Cueva, a transgender bar, about 2:15 a.m. with the two women and went to his car. They got in the car, court records indicate, when Cabrales and Redding approached.

Cabrales opened the door and began striking Chavez, pulling him out of the car, prosecutors allege. The men repeatedly struck Chavez in the head and tried to take money from him. Cruz then told the others Chavez had money and began hitting him as well, prosecutors said.

Cabrales, armed with a knife, stabbed Chavez multiple times, while Carillo approached from across the street and kicked him. During the beating, Torres left the car, returning shortly after to take a bag of beer from the back seat, court records said.

Torres, Cruz and Carrillo left to go to Torres' apartment, while Cabrales and Redding searched Chavez's car, including the trunk. Cabrales then took off Chavez's pants and fled with Redding to meet the others at Torres' apartment with both the pants and the murder weapon, a knife, prosecutors said.

A witness told police they saw Redding take the knife and Cabrales toss it off the back of an apartment balcony. It was later recovered by police on a nearby rooftop.

Cabrales and Redding then began shredding and bleaching their clothes inside Torres' apartment. Torres and Cruz returned to Chavez's car minutes after the beating and drove away, court records said.

Meanwhile, Chavez was left lying on the parkway. He was dead when police arrived.

After the alleged murder, Cruz and Torres went to another club and then a McDonald's later in the morning.

Prosecutors said Cabrales, Redding and Cruz all made third-party admissions of their involvement in the beating and robbery to a witness. That witness was able to describe each defendant's role in the beating and stabbing, which were also caught on video surveillance.

Prosecutors did not detail whether Chavez was targeted or whether his attendance at a transgender bar played a role in the crime.