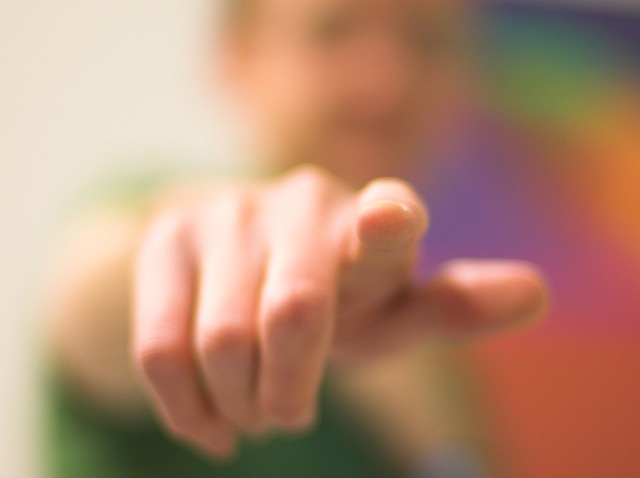 (MoneyWatch) COMMENTARY President Obama's "If you've got a business, you didn't build that" speech hasn't just created a firestorm of political debate. It's got a lot of business people shaking their heads, as well. And that includes me.

While I understand what the president was trying to get at, the fundamental problem with his logic is that it flies in the face of one of the most important management concepts: accountability. When people are held accountable -- to themselves and their stakeholders -- things get done. Good things.

Actually, the speech does a pretty good job of explaining how accountability works, if you just reverse the cause and effect. You see, when people take risks and hold themselves accountable for the outcome, as our founding fathers did, that's what built "this unbelievable American system," to use the president's words.

Granted, that system does now exist, but only through the continuous replication of the concept of personal initiative and accountability. It's not the other way around. The founding fathers were entrepreneurs and innovators in every sense of the way we think of those words today. Had they not been, we wouldn't have this great system.

President Obama was certainly right about one thing. There are a lot of smart and hardworking people out there. And one of the best ways I know of to differentiate and ensure successful outcomes in business is to create solid accountability mechanisms.

Here are the top five "accountability" pitfalls that business leaders and executives typically fall into, in my experience. Some of them don't even appear to be accountability-related on the surface, which is why they're so insidious. If you want a high-performance management team, make sure you avoid them:

Unclear responsibility. This is probably the most common pitfall. Show me an organization and I'll show you managers with misaligned goals and vague responsibility. Two people shouldn't have the same functional responsibility or own the same goal. If you do that, you're asking for things to fall in the crack. That doesn't preclude "matrix" management; the trick is to ensure goals and responsibilities are properly aligned. It can be done.

No follow up. This is practically an epidemic in organizations. Executives are great at coming up with goals, strategies, even metrics. Unfortunately, they're also notoriously bad at following up. I don't care how driven and entrepreneurial executives are; without follow up, nothing good happens. Companies must have a relatively objective and, sorry to say this, strict process for both setting and scoring management performance metrics.

Compensation plans that reward poor performance. Closely related to the "no follow up" problem, most companies have terrible executive compensation plans. Maybe 1 in 10 actually rewards the right behavior and has enough teeth to foster accountability. The problem? The bar for making gobs of money is set too low, and there's not enough difference between success and failure, plain and simple.

Management behavior. When it comes to management behavior, most executives and boards just look the other way. That lack of accountability plays a key role in business failures because dysfunctional leadership results in bad strategic decision-making and poor employee performance and execution. Granted, coming up with metrics for this sort of thing is challenging, but I think "360s" are pretty effective.

Flawed corporate strategy. This is rarely seen as an accountability problem, but it is. When company executives push a flawed strategy, two things inevitably happen. First, smart people in the organization call them on it -- publicly or privately -- word gets around, and management credibility suffers, big-time. Second, folks will start covering their behinds, pointing fingers, acting passive aggressively -- all sorts of dysfunctional behavior that wreaks havoc with organizational performance.

Not surprisingly, I find that executive management teams at consistently successful companies make accountability a priority and, therefore, avoid these pitfalls. It take a real commitment of precious management time and resources. But not only is the payoff worth it, it's a necessity in our hypercompetitive business world.