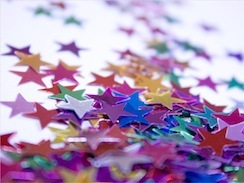 (MoneyWatch) COMMENTARY Every CEO will say people are his company's greatest asset. Some may even mean it. But few - and I mean very few - really put their money where their mouth is.

Leadership development is all the rage these days. But only a handful of firms were breeding world-class executives way, way ahead of the fad curve. Besides providing a constant stream of star talent to replenish their own executive ranks, you'll find companies like GE, IBM and Procter & Gamble on the resumes of hundreds of CEOs.

The big question is, how do they do it? While everybody talks about executive coaching, mentoring, and development programs, certain companies have made identifying and developing up-and-coming leaders a corporate priority for so long that it's deeply ingrained in their culture.

I was lucky enough to start my career at such a firm -- Texas Instruments -- so I've got some direct knowledge of how this works, as well. Here are five things I think companies that consistently turn out star executive talent have in common.

They're big and diversified. They didn't start out that way. That much is true. And while just about all of these companies had founding executives who were natural born leaders (there is definitely a chicken and egg aspect to this), these days, grooming executives involves identifying up-and-comers early and providing them with a broad range of opportunities to round out their experience, identify and hone their talents, and fill in the gaps.

They're consistently operationally successful. Whenever I hear somebody talk disparagingly about how companies are overly focused on profits and revenue growth, it annoys the heck out of me. Operational success may not be sufficient to create a PepsiCo or Unilever -- known for consistently developing great executives -- it's absolutely, one hundred percent necessary. Companies need a certain forward momentum or they stagnate and die. It's the rule of the jungle and, in this era of global competitiveness, it is a jungle out there.

They're highly competitive. I'm not talking about being internally competitive, like in a dog-eat-dog "step on each other's heads to the top" sort of way. I'm talking about being competitive in terms of consistently developing innovative products and services that beat the competition. They're number one or two in virtually all their markets -- that's one of their highest priorities -- and they accept no less. I don't care what all the New Age leadership gurus say. Winning may not be everything, but without it, you're not going to be breeding a whole lot of winners.

They put their time and money where their mouth is. Everyone talks about human capital and leadership development as a priority, but the only way to really make it happen is by committing to it and investing in it in terms of executive time and capital resources. When a company's top executives do that, when they lead by example, it has a ripple or cascade effect down through the organizational ranks. They walk the walk by incorporating leadership development into their executive compensation plans and investing in programs that have proven effective over the years.

Finding and developing future leaders is in their DNA. How did it get there? That's the same question as where does corporate culture come from? It starts with people who are passionate about something: A product, a technology, a methodology, a new way of doing things, whatever. That draws others who are similarly passionate and, if they're given an opportunity to learn, grow and flourish, that attracts talented people. If the company is successful and its leaders capture and replicate that "culture" by putting systems in place to reinforce goals, attributes and behaviors that work, over time, it appears to be self-replicating or part of the company's DNA.

One more thing. These days, everyone's looking for quick and easy prescriptive answers to everything. When it comes to becoming one of those rare companies that turns out star executive talent year in, year out, that sort of quick fix mentality will fail every time. Leadership development takes a huge commitment and investment of precious executive time and capital resources. If you think you can just hire an executive coach and make everything wonderful, forget it.