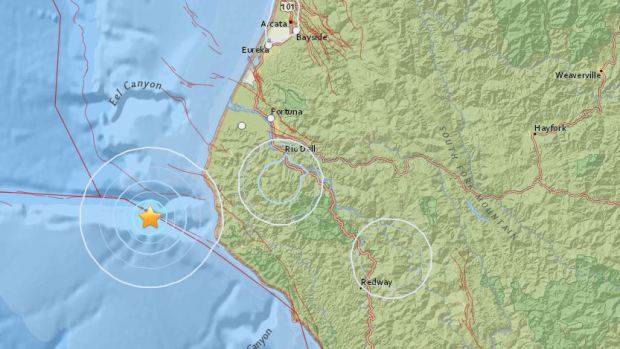 There were no immediate reports of damage or injuries.

"It felt like a small rolling quake here," Pam Cahill, who lives north of the epicenter in Arcata, told CBS San Francisco. "I normally lock all the cabinets for this kind of thing but I didn't have them locked. Still, nothing fell out."

The Pacific Tsunami Warning Center said there was no danger of a tsunami generated by the quake.