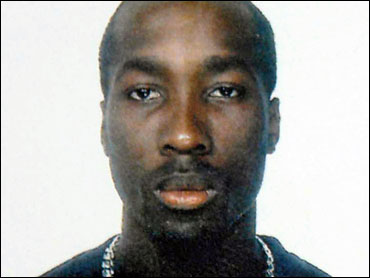 An Ivorian wanted in connection with the killing of a British student in Perugia has been extradited to Italy, a German prosecutor said Thursday.

Rudy Hermann Guede has denied involvement in the slaying of Meredith Kercher, 21, but has acknowledged being in her room the night she died. He was arrested in Germany on Nov. 20 and has been held in Koblenz.

Guede was transferred to a holding facility in Frankfurt on Wednesday and then handed over to Italian authorities, said Koblenz prosecutor Karl-Rudolf Winkler. He would not say specifically when the extradition took place.

He said any other questions would have to be answered by Italian authorities.

Kercher's body was discovered Nov. 2 in the Perugia apartment. An autopsy found she died from a knife wound to the neck, apparently while trying to fight off a sexual assault.

The victim's American roommate, Amanda Knox, 20, and Knox's Italian ex-boyfriend, Raffaele Sollecito, 23, have been detained in the investigation into the killing.

Another suspect, Congolese pub owner Diya "Patrick" Lumumba, has been released from jail but has not been formally cleared.