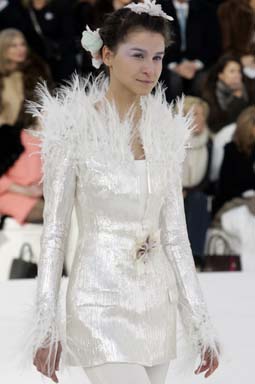 The dramatic finish of Saturday night's American Bowl wasn't enough for the more than 45,000 fans, many of whom came to see former Canadian Football League star Warren Moon.

While John Becksvoort clinched San Francisco's 24-21 exhibition victory over Seattle with a 31-yard field goal with two seconds left, the chants of "We want Moon!" and "Mo-o-o-o-o-n!" echoed through B.C. Place Stadium.

Moon, however, was left to patrol the sidelines in his uniform, not yet ready for prime time after having joined the team three days earlier following an extended contract holdout.

Moon, who played six seasons in the CFL and won five Grey Cup championships with Edmonton, was just as disappointed as his fans.

"I stayed pretty alert. I warmed up a couple of times throughout the game to make sure if I did get the ball then at least I was warm," Moon said. "This was probably the last time I'd get a chance to play up here and it would've been nice to play a little bit."

Seahawks coach Dennis Erickson stuck to his guns over his game plan, starting Jon Kitna and using John Friesz in the second half.

"There was no way I'm going to play Warren Moon after one practice. I think that's ludicrous," Erickson said.

Friesz, who attracted most of the chanting in the second half, could empathize with the fans.

"I realize that wasn't because I was playing so poorly. A lot of them came to see Warren Moon play. I had an understanding of that," Friesz said. "I'd feel no different if I lived in Vancouver. I'd want to see Warren play, too."

Friesz's miscue was just as costly. After the Seahawks overcame a 21-0 deficit to tie it at 21 midway through the fourth quarter, Friesz's pass up the middle was picked off by Zack Bronson, giving the 49ers the ball on the Seattle 45 with 1:51 left in regulation.

"There were so many things we learned the use of the clock at the end," San Francisco coach Steve Mariucci said. "Jim put a couple of nice drives together but he learned a couple of things, too.

"John Becksvoort had a chance to kick his first field goal with the 49ers when it's all on the line. And he knocked it in. I was happy to see that."

Steve Young got the start for San Francisco (2-1), and was solid in the two series he played. Following Pope's touchdown, Young went 5-for-6 for 66 yards on an eight-play, 70-yard drive that ended with a six-yard pass to J.J. Stokes with 4:39 left in the frst quarter.

Ty Detmer directed the next scoring drive, a 63-yard match that ended with a seven-yard lob over defender Shawn Springs' head to Terrell Owens 5:55 into the second quarter.

Kitna finally found his rhythm late in the second quarter when he marched the Seahawks 88 yards on 12 plays, cutting San Francisco's lead to 21-7. Kitna capped the drive with a nine-yard touchdown pass to Carlester Crumpler, who outjumped two defenders in the end zone with 3:24 left.

Seahawks kicker Todd Peterson hit a 51-yard field goal 6:40 into the third quarter to make it 21-10.

Seattle (2-1) then surged closer when Ahman Green ended a 61-yard drive with a one-yard plunge a minute into the fourth quarter. Michael Black ran up the middle on a two-point conversion attempt to make it 21-18.

Kitna, who earned the start for Seattle after a strong performance last week in a victory over Indianapolis, was 11-for-16 for 126 yards.

Seahawks defensive tackle Cortez Kennedy sprained an ankle late in the second quarter and did not return. Erickson said the ankle is not broken and will be assessed Sunday.

Seattle also lost defensive end Philip Daniels, who bruised a knee early in the third quarter. Daniels will be examined by doctors on Sunday.