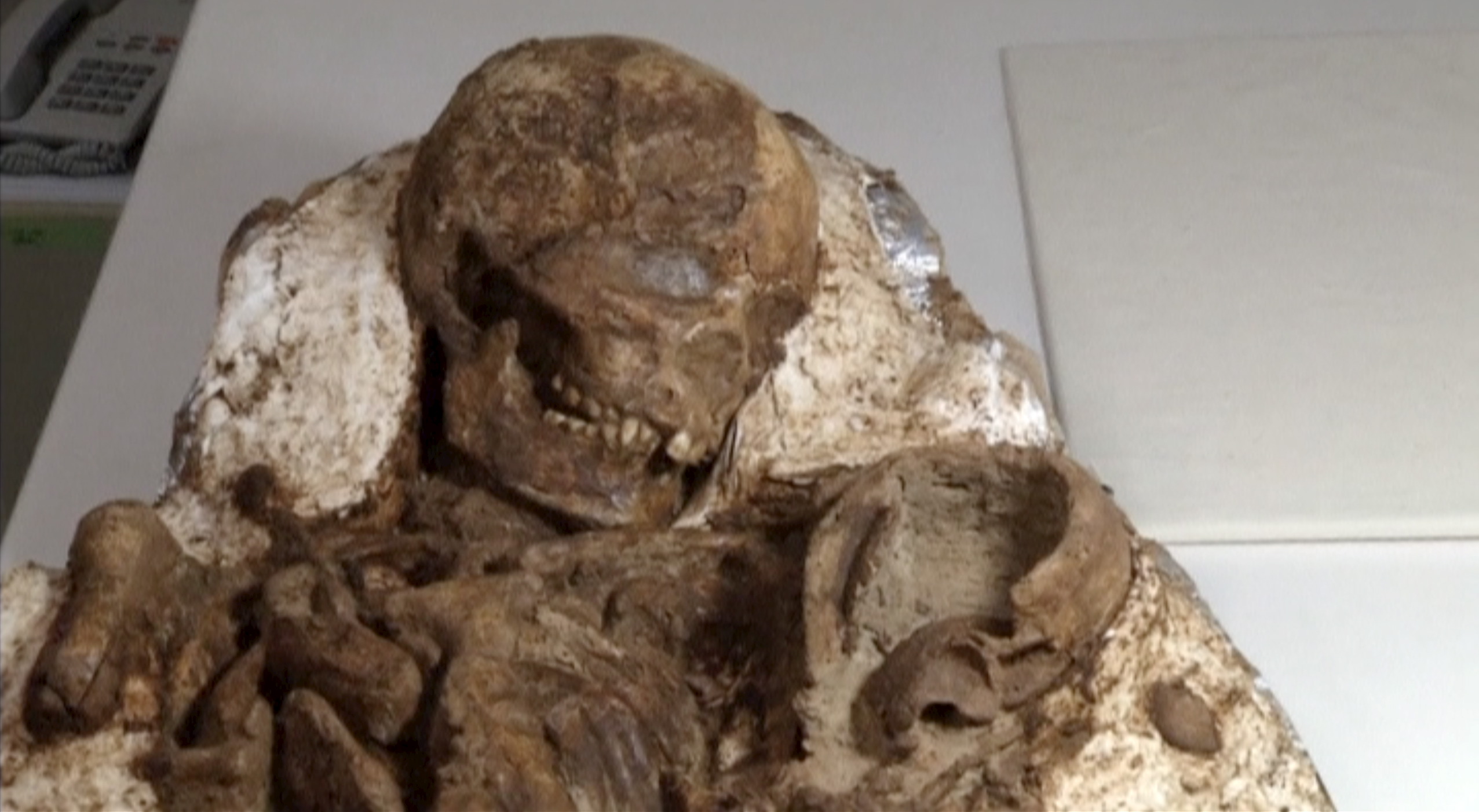 Just in time for Mother's Day, archaeologists in Taiwan have discovered a 4,800-year-old human fossil of a mother cradling an infant child in her arms, according to Reuters.

"When it was unearthed, all of the archaeologists and staff members were shocked. Why? Because the mother was looking down at the baby in her hands," Chu Whei-lee, a curator in the Anthropology Department at Taiwan's National Museum of Natural Science, told the news agency.

The fossil was among 48 sets of human remains unearthed in graves in Taichung City, Taiwan. Archaeologists used carbon dating to figure out the ages of the remains, which included five children. The excavation started in May 2014.

For archaeologists in central Taiwan, the excavation is significant: the remains are one of the earliest signs of human life ever found in the region.