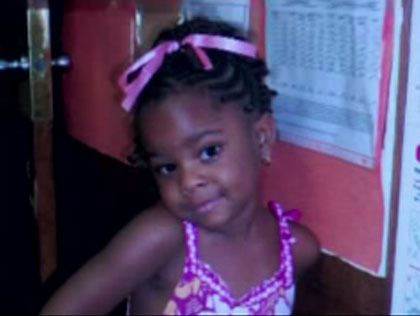 Yet another child may have accidentally been served alcohol Sunday, this time at a Chicago area Chili's. Tyree Davis says her 4-year-old daughter, Brooklynn Morris, was given an alcoholic mudslide instead of the chocolate milkshake she ordered.

The Chili's incident follows two other recent claims of children  accidentally being served alcohol at restaurants. A mother dining at the Olive Garden in Lakeland, Fla. said the restaurant served her 2-year-old sangria instead of orange juice, and an Applebee's in a Detroit suburb accidentally gave a 15-month child a margarita.

Davis says the Chili's manager told her a mistake may have occurred because the two similar looking drinks had been sitting side-by-side at the bar, reports CBS Chicago.

According to Davis, Brooklynn drank from the vodka drink three or four times before noticing something was wrong.

"Brooklynn said, 'I don't like it,' and she said, 'You don't like it? Why? Let me taste it,'" Davis said, "and when I tasted it - alcohol. I knew immediately it was alcohol."

Davis then reportedly called the police, who recommended taking the child to the hospital.

At the nearby Metro South Medical Center in Blue Island, Brooklynn was diagnosed with alcohol ingestion overdose.

"While we were at the hospital, they said that her chest was tight. They called respiratory; they came down and gave her a breathing treatment. Since we've been home, she did vomit," Davis said.

Chili's parent company ERJ Dining says its initial investigation of the incident reveals conflicting details. They state, "to our knowledge, Ms. Davis and her daughter ordered a kids' drink (red fruit punch) and a chocolate shake. The fruit punch beverage was served to Brooklynn in a plastic kid cup with a lid and straw."

The company also said, "The (alcoholic) drink in question was served to an adult, in glass barware, not to a child or in a kids' cup."