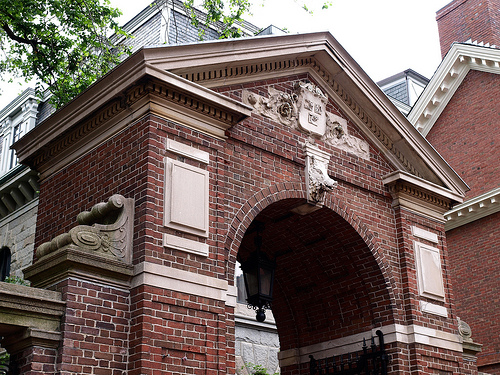 (MoneyWatch) COMMENTARY U.S. News and World Report released its famous -- or notorious, depending on your perspective -- college rankings at midnight.

As usual, no one will be shocked at which institutions ended up at the top of the college rankings heap. It's the same ol' same ol' names. In the national university category, Harvard and Princeton tied for No. 1, while Williams and Amherst colleges came in first and second, respectively, among liberal arts colleges.

What is often ignored when U.S. News releases its college rankings is whether they are relevant. Here are four reasons why we should ignore them:

1. The college rankings fuel higher college costs. U.S. News' methodology rewards schools that spend more cash. Schools get brownie points for sinking money into new buildings, posh student unions, athletic facilities and higher teacher salaries. And guess who is paying for all that? The rankings don't encourage schools to keep their tuition lower, and the rankings mavens don't care if all this spending ends up forcing students into greater debt. Schools aren't penalized for graduating students with onerous student loans.

2. The rankings don't measure academic quality. U.S. News also doesn't care about what type of learning -- if any -- is happening at the colleges and universities it ranks. Seriously, I'm not making this up! By contrast, the rankings methodology, however, does care about what percentage of students that a school rejects. Go figure.

3. Schools cheat. No one knows how many colleges and universities fib when they complete their college rankings surveys. But some pretty big players have been caught falsifying or manipulating numbers to bump themselves up in the standings, including Clemson University, Claremont McKenna College, U.S. Naval Academy, Baylor University and Emory University (I wrote about such questionable behavior by Ivy League institutions in a previous post.)

4. The ranks are based on beauty contest. The biggest factor in the college rankings is a school's reputation and, more specifically, what institutions think of each other. All the schools in a specific category, such as the national university category, are asked to rate all of their peers on a one-to-five scale. For example, administrators at UCLA rate their peers, including such different institutions as Dartmouth, Ball State, Georgia Tech, Wake Forest, San Diego State and Georgetown. Of course, this practice is ludicrous.

At the very least, you should understand that the U.S. News college rankings are deeply flawed. You shouldn't make any decisions on what school to visit or attend based on what these faulty numbers appear to be telling you.