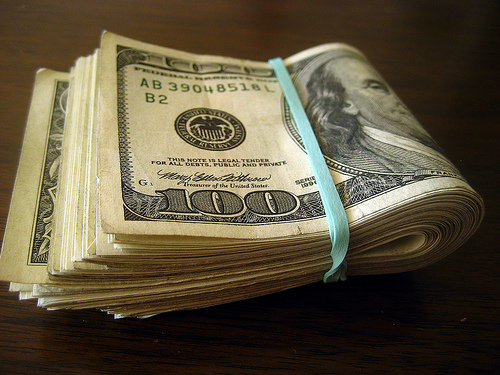 (MoneyWatch) With total outstanding student debt in the U.S. now exceeding $1 trillion dollars, many young Americans are worried about how they will be able to repay their loans.

What is often overlooked in this debate, however, is the plight of borrowers who drop out of college without a degree. Nearly a third of students who borrowed between 2003 and 2009 dropped out of college, according to an analysis of government data in a new report by the think-tank Education Sector.

College dropouts are four times more likely to default on their loans. The default rate for dropouts was 16.8 percent, compared with 3.7 percent for Americans who earned bachelor degrees. Defaulting on student loans can wreak havoc on a person's credit score and can make it difficult for a person to find a job, rent an apartment, or buy a car.

The unemployment rate for debtors who dropped out of college in 2009 was also significantly higher,. at 25 percent, than for those who graduated from college (15 percent) that year.

The percentage of students who are dropping out of college has been growing as more Americans seek college degrees.

College dropouts who are struggling to repay their loans are more prevalent among those who attended for-profit schools. Between 2003 and 2009, 54 percent of students who borrowed money to pursue a bachelor's degree at a for-profit, four-year institution dropped out. That's a stunning indictment against for-profit universities.

Risk factors for dropping out of college

Ironically, the strategies that dropouts use to get a better handle on college costs is actually increasing their chances of leaving school and ultimately defaulting on their debt. According to the study, here are the risk factors:

If college prices continue to rise (pretty much a sure thing) and family income remains stagnant, there is little doubt that the dropout problem will grow, along with untenable default levels.

Ironically, avoiding borrowing is not necessarily the answer to reducing the dropout rate. For instance, the Education Sector study showed that non-borrowers who left college were even more likely to exhibit the three risk factors mentioned above.

The bottom line: Students should try to start college right after high school and avoid attending part-time during their freshman year. Students can also decrease their chances of dropping out of college if they don't attend expensive for-profit universities.