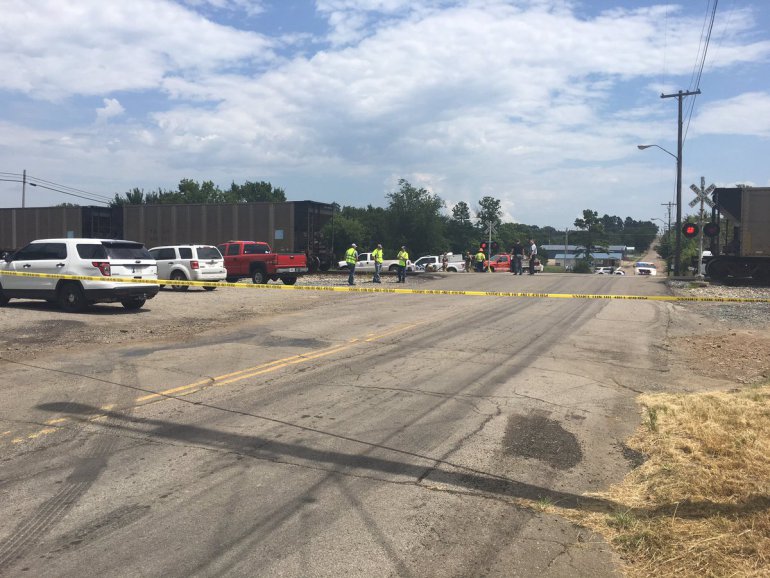 POTEAU, Okla. -- Police in eastern Oklahoma say four people are dead and one is injured after a train hit the car they were riding in.

Around 1:30 p.m. an adult female was driving a Chevy Malibu going east on Dewey Avenue when a train traveling north crashed into her car, CBS affiliate KFSM reported.

The adult female driver and three juveniles were killed in the crash. One surviving juvenile was flown to a Tulsa area hospital.

TV station KHBS reports the Kansas City Southern train did not derail and the conductor and engineer were not injured.

There are no cross bars at this railroad crossing, KFSM reported.

Poteau is about 15 miles from the Arkansas border.