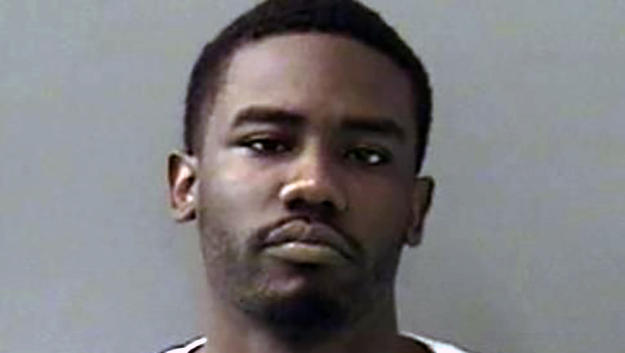 BELTON, Texas -- A murder suspect who had been booked into a Central Texas jail with bond initially set at $4 billion has been released after he posted a reduced bond of $151,000.

The Bell County Sheriff’s Office says Antonio Marquis Willis was released Monday afternoon. Willis is charged with first-degree murder in the Dec. 22 shooting death of Donte Samuels in Killeen, a city about 60 miles north of Austin.

An arrest affidavit alleges Samuels was shot after repeatedly returning to the home after Willis told him to leave. Willis’ attorney said he hasn’t had a chance to review evidence in the case. But he said Willis has told him he’s innocent.

Bell County Justice of the Peace Claudia Brown said setting exorbitant bonds force too many people to remain in jail until trial. She called the trend “ridiculous.”

Brown said she wanted to impose a $100,000 bond on 25-year-old Antonio Marquis Willis when he turned himself in, an amount she said most people in the county would have difficulty posting.

But she felt challenged by law enforcement officials involved in the case who wanted a $1 million bond. Irritated, she then changed the amount to $4 billion.

“I changed the 1 to a 4 and added a whole bunch of zeroes,” she told The Associated Press.

“At some point in time, I had to alert the system that I am a new judge and I’m committed to changing the system. And this was the perfect time, because this man had come in and turned himself in and they were starting the bail at $1 million.”

Brown, who was elected to a four-year term in November, told the Temple Daily Telegram that “everything in the system is broken,” and she saw Willis’ case as illustrating those failings.

Seana Willing, executive director of the Texas Commission on Judicial Conduct, said she couldn’t speak publicly about a specific case. But she said judicial officials must adhere to rules of conduct, such as conducting themselves outside the courtroom in a way that their actions don’t call into question their impartiality.

“We would not ever advocate in our sessions to use due process rights as an opportunity to make a statement,” added Thea Whalen, executive director of the Texas Justice Court Training Center, which provides training sessions for justices of the peace who are new to the position. “But that’s a personal decision that each judge could make.”

Some state policymakers are pushing for reforms that would allow indigent defendants with low-level offenses to get out of jail without posting large amounts of bail money.

According to the Texas Judicial Council, about a quarter of the 41,000 inmates awaiting trial in Texas pose little threat to the public but are incarcerated because they can’t afford to post bail. In some cases, they have been unfairly identified as flight risks, the council said.

A study by the Texas Commission on Jail Standards found that the percentage of inmates waiting for trial 25 years ago was 32 percent. Now it’s 75 percent.

Brown, for her part, says she’s okay with any criticism that may come her way.

“I will be a fool all day long as long as the system is changed,” she said