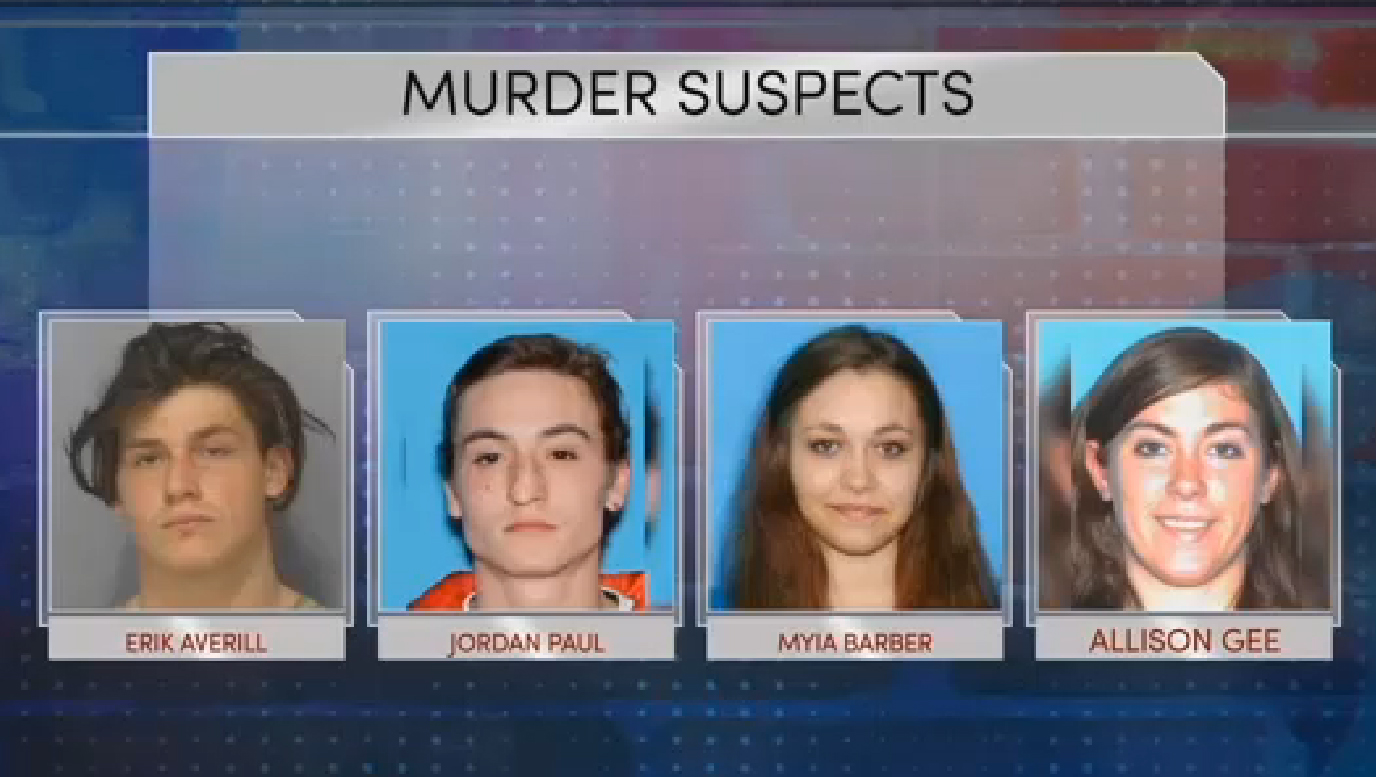 SAN DIEGO -- Four suspects wanted in the killing of a transgender man at a Vermont homeless camp have been arrested in southern California, reports CBS San Diego.

Erik Averill, Jordon Paul, Myia Barber and Allison Gee were arrested late Thursday after a nationwide manhunt in the May 23 beating attack on Amos Beede in Burlington. He died May 28 of his injuries.

Police initially investigated whether the murder was related to Beede's gender identity. However, they now say they don't believe it was a motive and that the killing stemmed from a dispute.

San Diego police Sgt. Michael Tansey told The Burlington Free Press that detectives found the four suspects near a park in Ocean City. Tips provided by Burlington police led San Diego detectives to the suspects. They were last known to be in Roswell, New Mexico. They were wanted on suspicion of second-degree murder.

Tansey says the group will be held until authorities in Burlington bring charges against them and seek their extradition from California. They have yet to be assigned attorneys who can comment.

WCAX reports the suspects are homeless and were living near the camp at the time of the attack.

Beede's family posted a statement on the website of the lesbian, gay, bisexual, transgender and queer advocacy group Pride Center of Vermont that said contrary to earlier reports he was not homeless.

The statement said Beede's being transgender was an important part of his life. It said he was a "friend to many" who went to the homeless camp to support others in need.

"Amos lived a complicated life," the statement said. "He had his share of hard times. Maybe because of this, he was a loving and caring person, especially to those who lived in the margins of society."