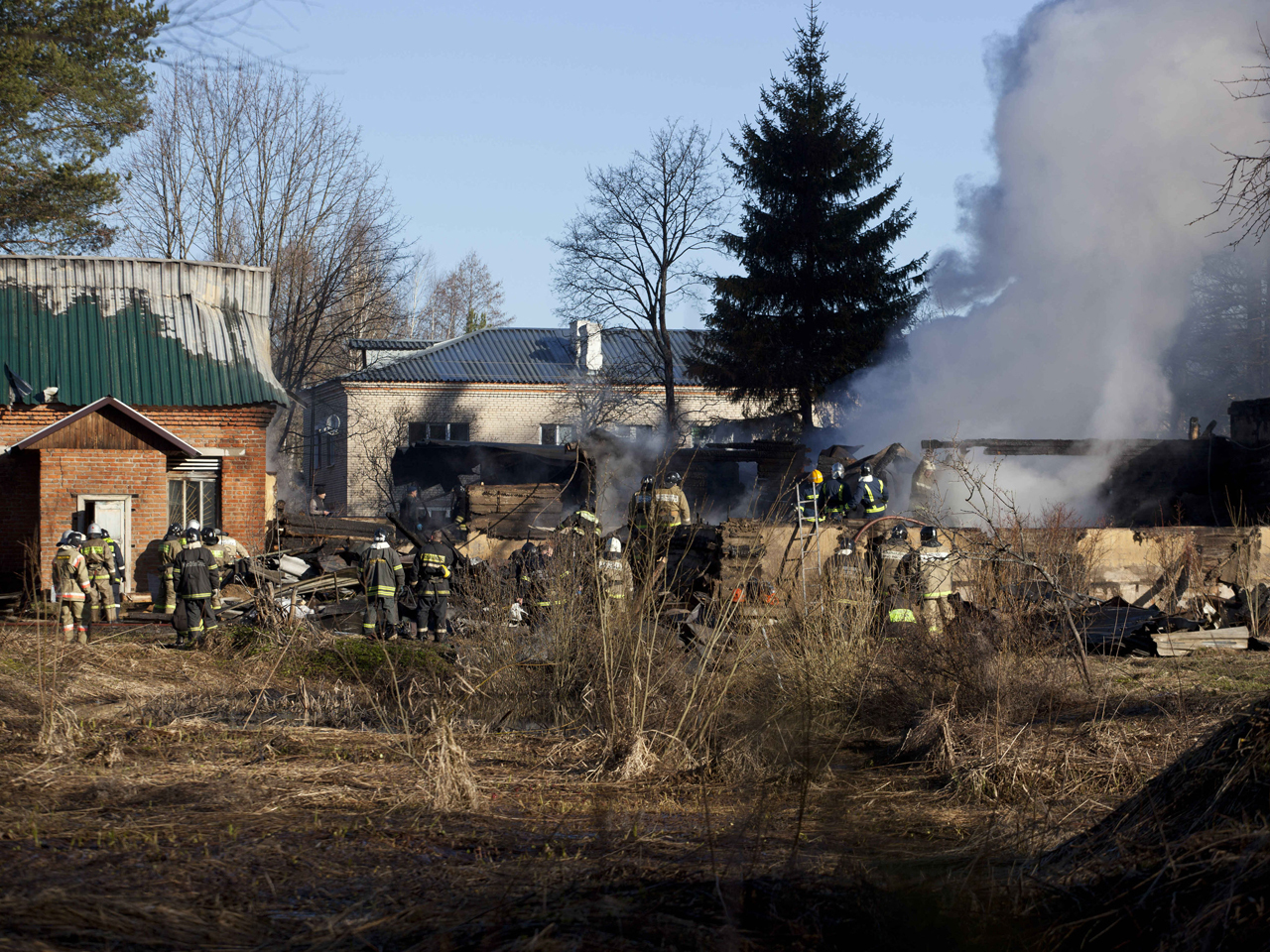 MOSCOW A fire swept quickly through a psychiatric hospital outside Moscow early Friday, killing 38 people, most of them in their beds, officials said.

An emergency ministry official said the fire started in a wooden annex and then spread to the main brick building, which had wooden beams.

The patients were under sedatives and most of them did not wake up, Yuri Deshevykh of the emergency situations ministry told state news agency RIA Novosti.

At least 29 people were burned alive, said Irina Gumennaya, a spokeswoman for the Russian Investigative Committee.

Moscow region governor Andrei Vorobyev said some of the hospital windows were barred.

Officials from the Russian Investigative Committee said they are looking at poor fire regulations and a short circuit as possible causes of the blaze that engulfed the hospital in the Ramenskiy settlement, some 53 miles north of Moscow.

Investigators listed 38 people -- 36 patients and two doctors -- as dead. Only one nurse and two patients managed to escape, according to the health ministry. The emergency services also posted a list of the patients, indicating they ranged in age from 20 to 76.

A spokeswoman for the Investigative Committee told Russian news agencies that most of the people died in their beds.

Belovoshin, of the emergency ministry, said it took firefighters an hour to get to the hospital following an emergency call because a ferry across the canal was closed and the firefighters had to make a detour.

Vorobyev told Russian state-television the fire alarm seems to have worked but the fire spread too quickly.

Russia has a poor fire safety record, with about 12,000 deaths reported in 2012. In January, a fire in an underground parking lot killed 10 migrant workers from Tajikistan who were working and living there. In a similar incident in September, 14 Vietnamese workers were killed by fire at a clothing factory near Moscow.

In one of the most high-profile case of negligence, more than 150 people died in a night club in the city of Perm after a pyrotechnic show ignited a wooden ceiling.