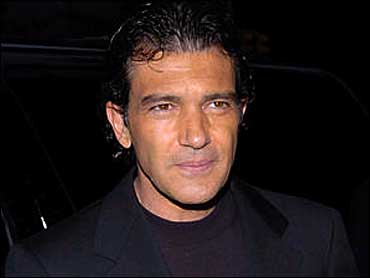 Antonio Banderas, Rod Stewart and Donald Duck are among an eclectic bunch of honorees who will receive stars on the Hollywood Walk of Fame next year.

The 32 honorees were selected Wednesday by the Walk of Fame Committee of the Hollywood Chamber of Commerce. They were ratified by the chamber's board of directors.

The 2005 inductees, picked from hundreds of nominations, will receive their stars at high-profile sidewalk ceremonies on Hollywood Boulevard and Vine Street.

"The ceremonies for these artists will bring a lot of smiles and excitement to the local residents and to our visitors from around the world," honorary Hollywood Mayor Johnny Grant said.