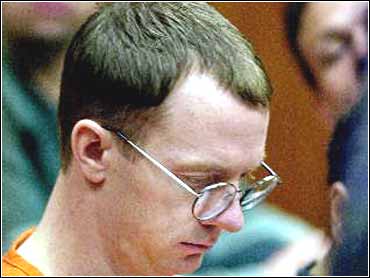 A California judge has thrown the book at a man who killed a dog in a fit of road rage.

Andrew Burnett received the maximum three-year prison sentence Friday from a judge who ignored a recommendation of probation. Burnett, 27, was convicted June 20 for the death of a fluffy white bichon frise named Leo.

The courtroom erupted in applause when Judge Kevin J. Murphy, who said Burnett's release would pose a danger to the community, sentenced Burnett to the maximum possible for felony animal cruelty.

"I'm really sorry for what happened," Burnett said. "If there's anything I could ever say or do to bring back Leo, I would."

Burnett almost certainly will appeal the sentence, and it is certainly possible that appeals judges down the line will reduce it to some extent, writes CBSNews.com Legal Analyst Andrew Cohen. But Burnett will do some time for this in light of the judge's sentence, and he'll serve as an example to others.

"It's a case of rage-induced violence," the judge said. "I believe that prison can send a message and it can deter."

A sentencing report from the Santa Clara County Probation Department had recommended probation.

During the sentencing hearing, Burnett's mother asked for leniency for her son — calling him an animal lover.

"Words can never convey the depth of love I had for my dog Leo," McBurnett testified Friday. "His clear intent was to terrorize me in the fastest and clearest way he could under the circumstances."

McBurnett sobbed last month when she testified during the trial how Burnett snatched Leo from her lap, pulled him out through her open car window and tossed him into lanes of traffic, where the dog was struck and killed.

The incident occurred after a Feb. 11, 2000, fender bender between Burnett and McBurnett near the San Jose airport.

Burnett's attorney, Marc Garcia, tried to convince the jury his client had only reacted reflexively after Leo bit him. But the jury didn't bite at that defense, and unanimously convicted Burnett last month of felony animal cruelty.

The attack led to a widepread search for the dog's killer. The Humane Society was swamped by tips for months and $115,000 in donations were offered as a reward.

Authorities released a sketch of a suspect, but the investigation stalled after McBurnett failed to pick Burnett out of two photo lineups.

Burnett said he did not come forward because he was nervous.

Police said an anonymous e-mail tipped them to Burnett, who has been jailed since Jan. 4 on charges connected to the disappearance of a van from his employer, Pacific Bell, that was filled with $68,000 worth of equipment.

Five people will split the reward money. Some $75,000 will go to John Mora, a San Jose man who witnessed the crime, and four others each will receive $10,000.

Among them was an unnamed person who served with Burnett in the Navy and told the media of a similar incident six years ago when the two were stationed in Puerto Rico.