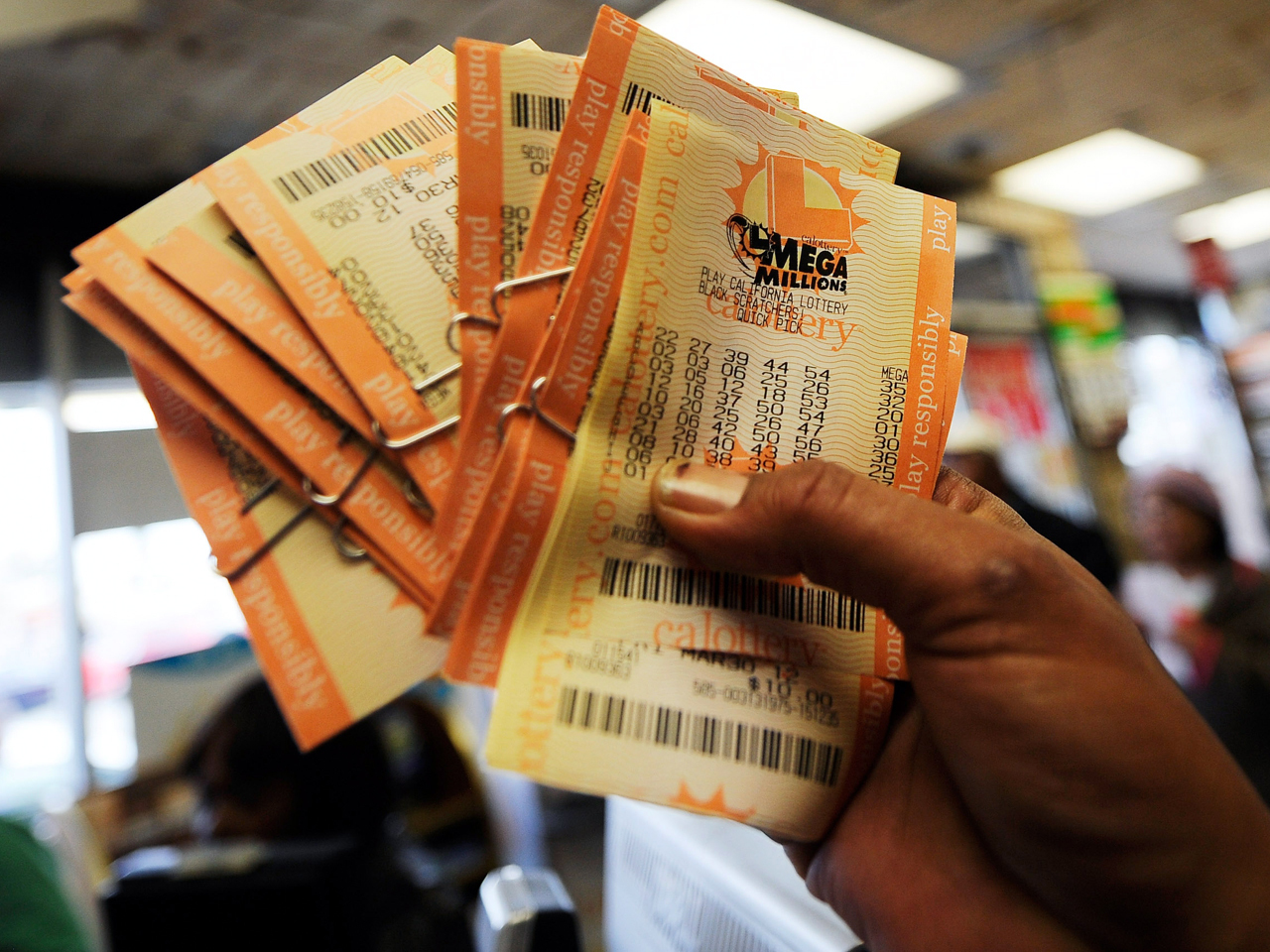 (AP) RED BUD, Ill. - The Mega Millions winners — at least three of them — stayed out of sight. The losers, who could number 100 million, had plenty to say Saturday about losing out on the world's largest-ever lottery jackpot and their dashed dreams of colossal wealth.

Journalists descended on convenience stores in Illinois and Maryland, and lottery officials there and in Kansas proudly proclaimed they sold winning tickets in the $640 million world record-breaking Mega Millions jackpot. The winners will earn $213 million before taxes. Three other ticket holders became millionaires.

But on the street, online and outside the stores where the winners had purchased their tickets, Americans grumbled about hopes that were raised, and then vanished. And they mused about what they would have done with the money.

"What do I do with this useless lottery ticket now?" Laurel Ashton Brooks of Greensboro, N.C., asked on Twitter.

As the jackpot got bigger by the hour on Thursday and Friday, Americans had snapped up tickets while dreaming of quitting jobs, paying off debts, building hospitals, buying an island. On Saturday, they took to Twitter and Facebook to bemoan their lost, razor-thin chance at millions.

"I knew that when I bought the ticket, that I wouldn't win. But I did it anyhow," said Sean Flaherty, a video game tester in New York City. "The whole notion of `what if' still has some currency with me."

Even President Barack Obama's re-election campaign tapped into the widespread lottery letdown. It sent a fundraising email with the subject "Jackpot" that began: "Yeah, we didn't either. So we're still at."

All told, Americans spent nearly $1.5 billion for a chance to hit the jackpot, which amounts to a $462 million lump sum and around $347 million after federal tax withholding. With the jackpot odds at 1 in 176 million, it would cost $176 million to buy up every combination. Under that scenario, the strategy would win $171 million less if your state also withholds taxes.

Illinois' winner used a quick pick — an automatically generated set of digits — to select the winning numbers at a convenience store in the small town of Red Bud, south of St. Louis, Illinois Lottery spokesman Mike Lang said. The winning numbers also were purchased at a 7-Eleven in Milford Mill, Md., north of Baltimore, and somewhere in northeast Kansas.

"It's just unbelievable. Everyone is wanting to know who it is," said Denise Metzger, manager of the MotoMart where Illinois' winning ticket was sold.

"All day yesterday I was selling tickets and I was hoping someone from Red Bud would win. Never in my wildest dreams did I think this. I'm just tickled pink," added Metzger, whose store will receive $500,000 for selling the winning ticket, lottery officials said.

Paramedic Dan Parrott walked away from the store with $5 in winnings after checking numbers on his $40 worth of tickets. That won't pay for the new house, new car and the new ambulances he'd decided the jackpot would help him buy in this farming community of 3,700 about 40 miles south of St. Louis.

"I'd love to have all that money, but with all of that money comes responsibility," he said outside the store. "But it'd still be awesome."

James Sitzes emerged from the MotoMart where his check of his six plays flopped. "I bought them at the right place," he shrugged. "I just didn't have the right numbers."

"I've been thinking for years what I'd do with all that money," said Sitzes, 70. He'd pay off the house, invest the rest and give away his small plating shop.

In Maryland, TV cameras descended upon the 7-Eleven where the state's winning ticket was purchased. The harried manager repeatedly said "No interviews" to reporters pressing for details as customers pushed through the media crush for their morning coffee.

Nyeri Murphy, holding two scratch-off tickets, said she normally plays Powerball but drove to a nearby county to buy $70 worth of Mega Millions tickets this week. "I should have bought them here," she said.

Maryland does not require lottery winners to be identified; the Mega Millions winner can claim the prize anonymously. The store will receive a $100,000 bonus for selling the winning ticket, which was purchased Friday night.

The third winning ticket was purchased in northeast Kansas, but no other information would be released by the Kansas Lottery until the winner comes forward, spokeswoman Cara S. Sloan-Ramos said. The Kansas location that sold the ticket will receive $10,000.

No winner had contacted the agency by Saturday morning, Kansas Lottery Director Dennis Wilson said. "We sure want to meet the winner, but we want to tell them, sign the back of the ticket and secure it."

Maryland Lottery spokeswoman Carole Everett said the last time a ticket from the state won a major national jackpot was in 2008, when a ticket won for $24 million.

The holder of the winning ticket in Maryland has 182 days to come forward and claim the prize. Winners in Kansas and Illinois have up to one year; but if the Illinois winner wants to be paid in a lump sum, they have to come forward in 60 days, Lang said.

Even though just three tickets matched all the winning numbers, the jackpot made a millionaire of at least three other winners and gave a windfall to more than 100 others. Three ticket-holders won $1 million each, and 158 won $250,000 for matching the first five numbers drawn, said Chuck Strutt, executive director of the Multi-State Lottery Association in Urbandale, Iowa.

The estimated jackpot dwarfs the previous $390 million record, which was split in 2007 by two winners who bought tickets in Georgia and New Jersey.

For some, the dreams were enough. Katie Kapczynski bought her first-ever lottery ticket with a roommate at a Washington, D.C., gas station. The attendant had to show her how to buy one.

"We kind of went more for the experience than the `what if'," she said.

On Saturday morning, Kapczynski, a visitor services manager at the Newseum who was in New York on vacation, had left her $6 in tickets behind at home.

She still doesn't know if she won.