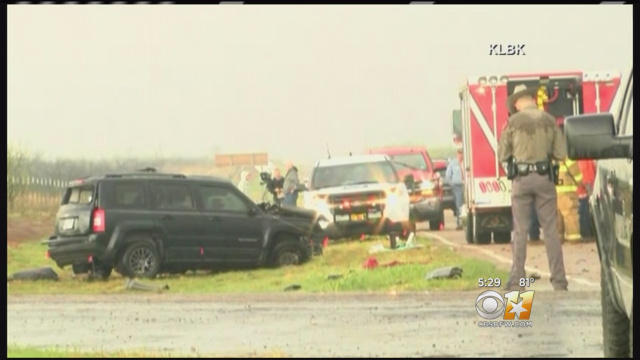 CBS Dallas reports that Department of Public Safety troopers say severe weather did not directly cause the crash. But the storm chasers were driving toward a tornado when one vehicle ran a stop sign and collided with another vehicle. There were two drivers and one passenger in the two vehicles, and all three occupants were pronounced deceased at scene.

The driver of the Jeep was identified as Corbin Lee Jaeger, 25, of Peoria, Arizona.

Sgt. John Gonzalez of the Texas Department of Public Safety said all three were storm chasers.

In a statement, the Weather Channel called Williamson and Yarnall “beloved members of the weather community.”

This is a developing story ...