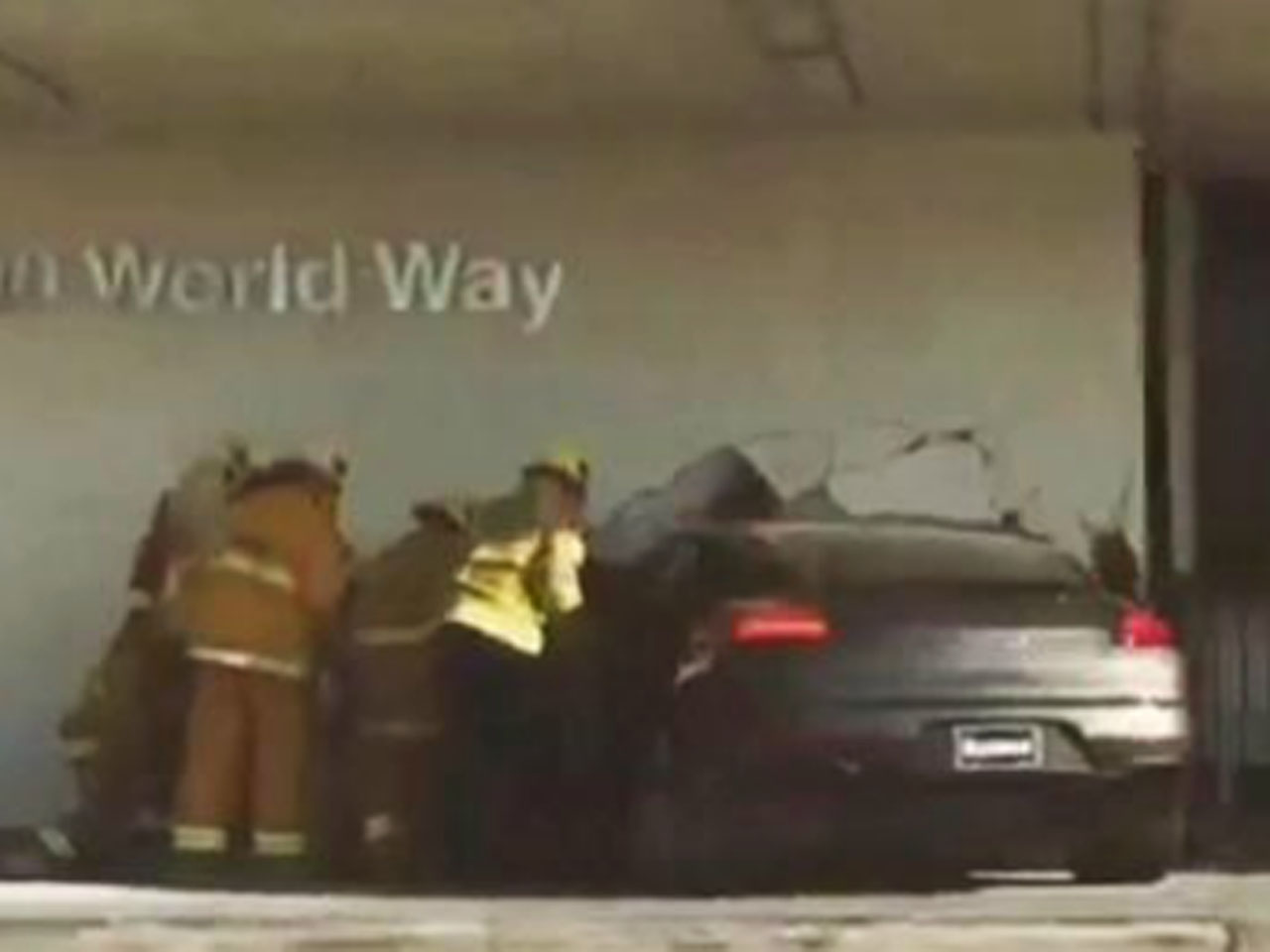 LOS ANGELES -- Authorities say a car slammed into the wall of a terminal at Los Angeles International Airport on Sunday, striking and critically injuring a 9-year-old girl who was on the sidewalk.

The driver of a 2015 Porsche Panamera sports sedan, a 67-year-old man, and a male passenger had non-life-threatening injuries after the crash, which happened just before 5 p.m. at the terminal used by United Airlines and United Express, Fire Department spokesman Brian Humphrey told CBS Los Angeles.

The girl is the daughter of an airline employee, CBS L.A. says.

Detectives told the station alcohol doesn't appear to be a factor in the crash, and they believe it was an accident.

"All indications [are] saying that he probably mistook the gas pedal for the brake in the vehicle when he was dropping off a passenger here at Terminal 7, United Airlines," LAPD Sgt. Roy Ceja said.