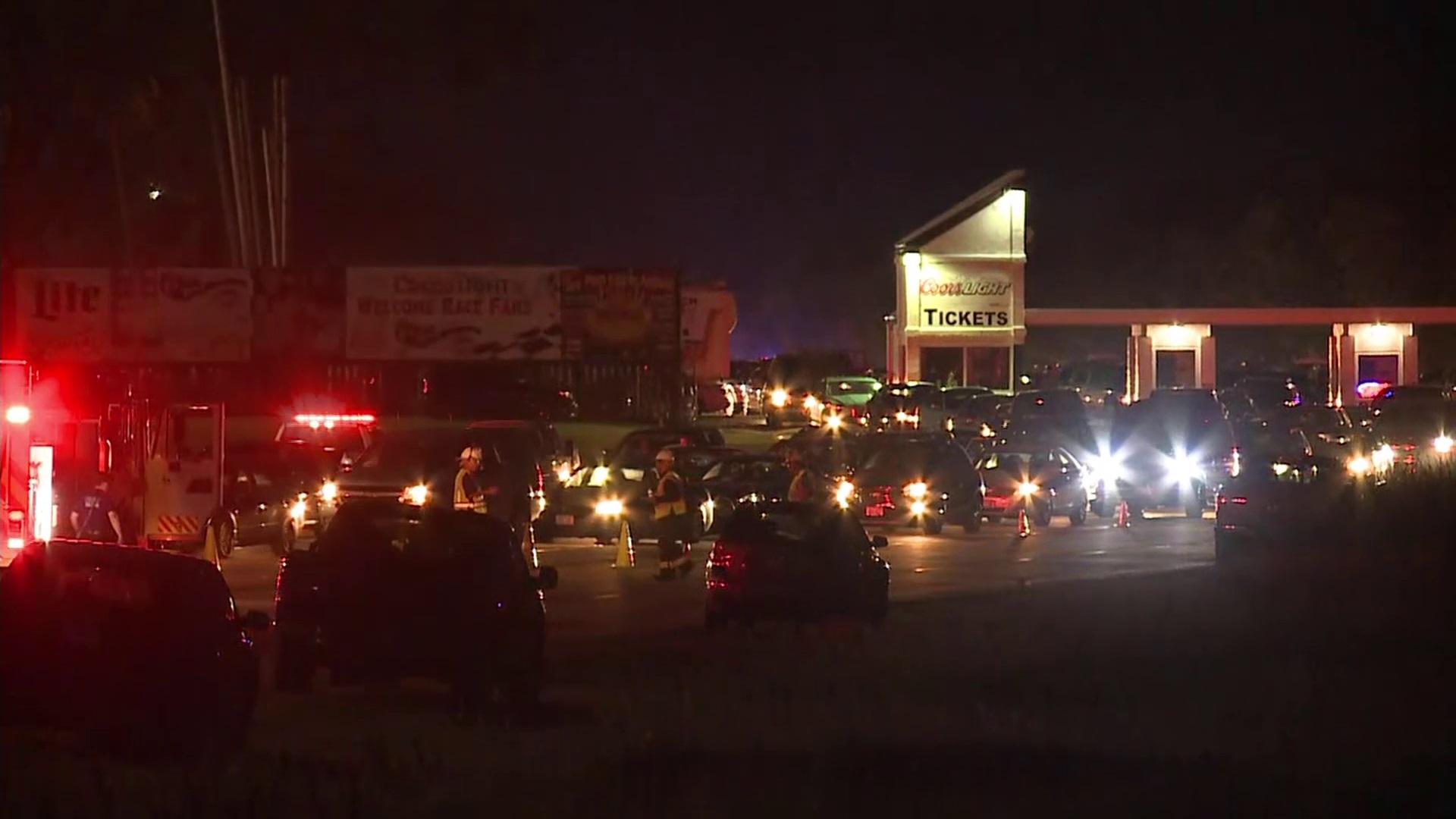 An unidentified man walked up to three victims at the Great Lakes Dragaway in Wisconsin and fatally shot them, Kenosha Sheriff David Beth said late Sunday.

Two died at the scene and the third victim died on the way to the hospital, CBS affiliate WDJT-TV reports.

At least two of the three victims were from Aurora, Illinois, WDJT-TV writes.

The station adds that the shooting suspect is still on the loose and is described as a black man in his 20s with the sides of his head shaved (similar to a high top fade haircut) and was wearing a black hoodie and jeans.

According to the Dragaway's website there was an event called Larry's Fun Fest being held there on Sunday. The Sheriff's Department says more than 5,000 people were at the event which attracts people from Milwaukee and Chicago.

Great Lakes Dragaway is a dragstrip near Union Grove, Wisconsin, about 32 miles southwest from Milwaukee.