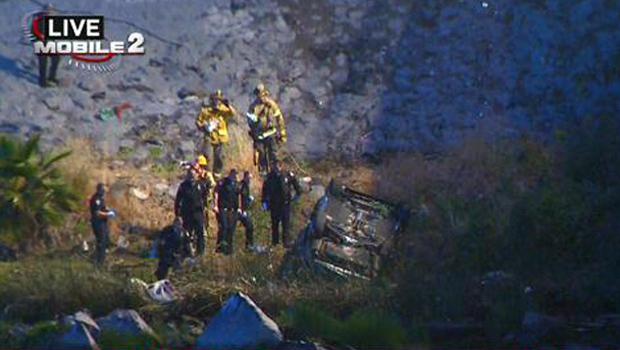 LONG BEACH, Calif. -- Authorities say three passengers were killed and a driver was injured after a car veered off a road and crashed down an embankment into a riverbed in Long Beach.

Fire Department spokesman Brian Fisk said the car flipped over and landed on its roof onto rocks along the Los Angeles River at Anaheim Street around 4 a.m. Friday.

Fisk said two men and a woman in their 20s were dead at the scene.

The driver, a male in his 20s, was rescued and taken to a hospital with moderate injuries.

No further details were released.