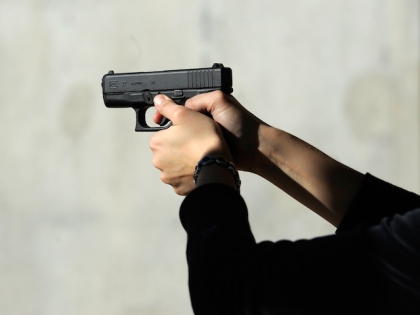 The 247 people who were allowed to buy weapons did so after going through required background checks as required by federal law.

It is not illegal for people listed on the government's terror watch list to buy weapons. For years, that has bothered Sen. Frank Lautenberg, D-N.J., who is trying again to change the law to keep weapons out of the hands of terrorists.

The secret, fluid nature of the terror watch list has made closing what Lautenberg calls a "terror gap" in the nation's gun laws a challenge. About the same number of people suspected of ties to terrorism also successfully purchased guns in the U.S. in 2009. The FBI provided the new numbers to the Government Accountability Office, Congress' investigative arm, and the figures were obtained by The Associated Press.

The government can only prevent people from buying guns for any of 11 reasons. Convicted felons and illegal immigrants, for example, cannot buy weapons. But the terrorist watch list is different. People become convicted felons only after a court process and an opportunity to defend themselves. The watch list is secret and generated at the government's discretion. It is not a list of people convicted of terrorism crimes.

The list of about 450,000 people includes suspected members of al Qaeda and other terrorist organizations, terror financiers, terror recruiters and people who attended training camps. People's names are added to and removed from the watch list every day, and most people never know whether they're on it.

Lautenberg and two dozen other members of Congress want the attorney general to have the authority to prevent someone on the terror watch list from buying a gun if the attorney general believes that person will use it in a terrorist act. The Justice Department under both the Bush and Obama administrations has supported this effort.

"This is a homeland security issue, not a gun issue, and there's no reason we shouldn't be able to stop a terrorist from buying a dangerous weapon in the United States," Lautenberg told the AP.

Between February 2004 and December 2010, 1,453 people on the terror watch list have attempted to buy firearms or explosives. Of those, 90 percent of the people were allowed to go through with their purchases. There is no public information about anyone on the watch list who was allowed to buy a firearm using it in a crime.

The National Rifle Association, which wields significant political influence in Washington, is opposed to a law that would give the attorney general the authority to deny someone on the watch list the ability to buy a firearm. NRA spokesman Andrew Arulanandam said the watch list lacks integrity and includes law-abiding citizens who are mistaken as having ties to terrorists.

"We think it's wrong to arbitrarily deny a law-abiding person a constitutional right," he said. Further, he said, the NRA does not think a political appointee, such as the attorney general, should have the discretionary authority to decide that someone on the watch list is so dangerous that he should not be allowed to buy a gun. Arulanandam said if a terrorist is legitimately on the watch list, that person should be arrested, prosecuted and punished.

Giffords to loom over NRA protests

President Barack Obama has steered clear of politically sensitive gun-control issues. But the Justice Department would support a bill that would help prevent terrorists from getting firearms.

"The department is committed to doing everything within its power to keep firearms out of the hands of persons who may intend to use those weapons to commit terrorist acts," Justice Department spokesman Dean Boyd said. "To the extent Congress wishes to provide the department with additional tools that would improve the status quo, we remain committed to working with them to achieve that goal."

Every time someone tries to buy a gun in the U.S., the background checks include the terror watch list. When there is a match, the information is shared with the FBI case agent who is leading the terrorism investigation, according to a counterterrorism official who spoke on condition of anonymity in order to discuss the process.

To deny all people on the watch list from purchasing a weapon would mean the government would have to tell someone he or she is on the list. A person who knows he is on a watch list could change his behavior or even his identity to avoid detection, the official said.