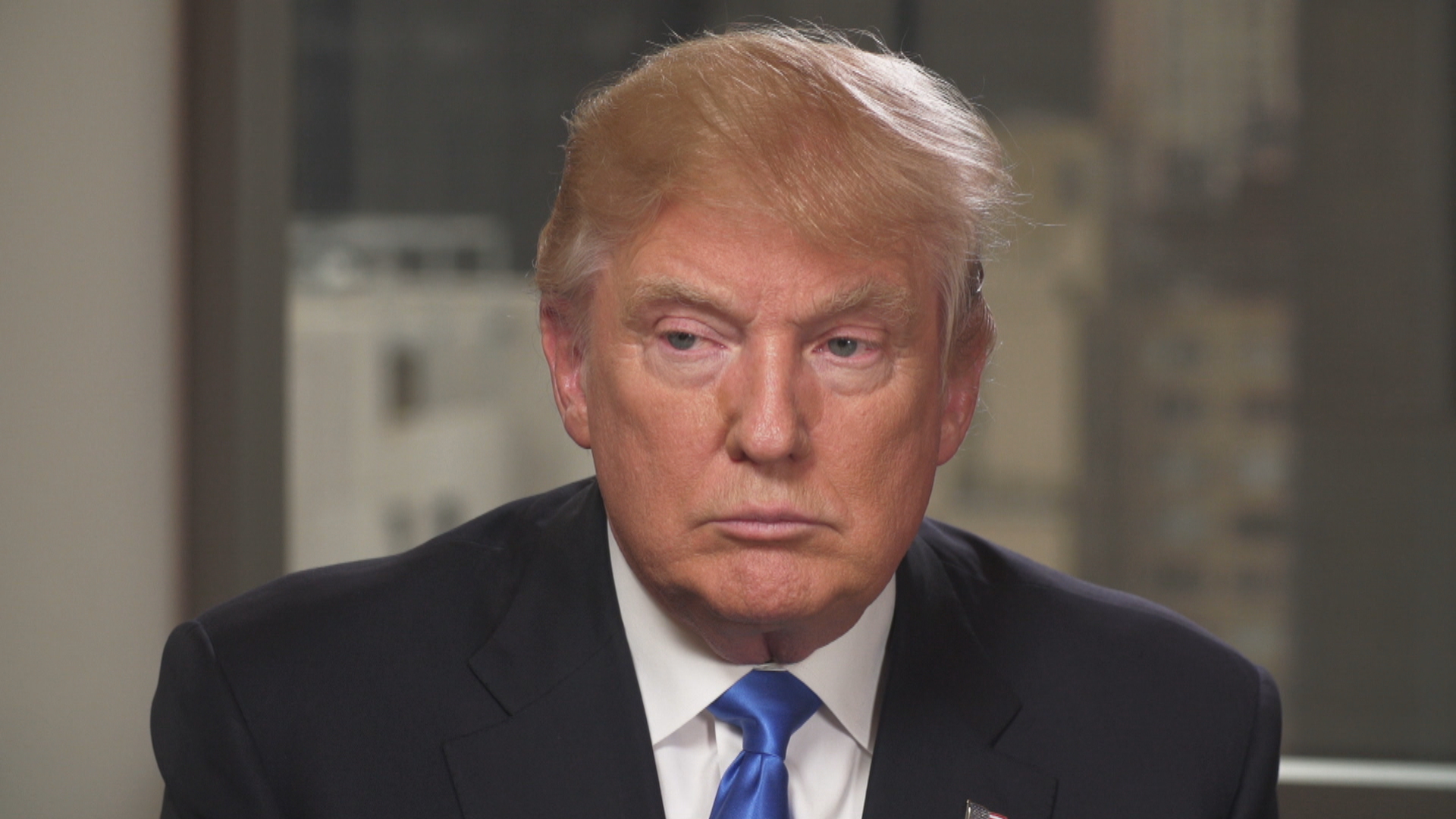 In her first election economic speech in Ohio Tuesday, Hillary Clinton warned that a Donald Trump presidency will throw the United States back into a "Trump recession."

But in an interview with "CBS This Morning" co-host Norah O'Donnell, the presumptive Republican nominee dismissed the criticism.

"We're going to put people back to work again, we're not going to allow countries to steal our businesses," Trump said.

Clinton bolstered her argument by claiming that economists all agree that "Trump would throw us back into recession," saying the Independent Tax Policy Center found his tax plan would increase the national debt by more than $30 trillion over 20 years. But Trump believes his economic plans will help create an "absolute unbelievable country" by bringing in "tremendous amounts" of money, jobs and companies.

"It would bring back jobs and it'll bring back business," Trump said. "Companies now are leaving the United States, corporate inversion... We have almost $5 trillion sitting out there where they can't get the money back. They can't bring it in because there's no mechanism to bring it back in and the tax is so high... And yes, the tax is going to be cut from the highest taxed nation anywhere in the world to a fairly low tax - not the lowest in the world, but to a fairly low tax."

If there's one thing the opponents can agree on, it's that he is the "king of debt." Clinton mocked the presumptive GOP nominee's self-declared nickname during her speech, to which Trump responded on Twitter:

"Nobody knows debt better than me. I've made a fortune by using debt and if things don't work out, I renegotiate the debt," Trump said. "Well, you go back and you say, 'hey, guess what? The economy just crashed. I'm going to give you back half.'"

But Trump said that while he likes debt for "my companies," he does not like national debt, which has hit $19 trillion.

"It's going to be very soon $21 trillion... And I will tell you, we are sitting on a time bomb and Hillary Clinton doesn't have a clue. And President Obama has pretty much doubled the debt since he's been in office and somebody's going to pay a big price. We have to start chopping that debt down," Trump said.

Clinton's criticisms of Trump's economic policies came just hours after Federal Reserve Chair Janet Yellen testified in a Senate Banking Committee Hearing. Yellen slammed Trump's proposal to load up on debt and cut it down by making a deal with creditors, warning that it would bring "very severe" consequences.

"I wouldn't renegotiate the debt... If I do a deal in a corporation as an example and if the economy goes bad, I'll often times renegotiate that debt. But that's a different thing, that's just a corporate thing," Trump said of Yellen's criticism. "And other people like me, very big people in the world of business, they do that. No, I wouldn't do that. But I think it could be a good time to borrow and pay off debt. Borrow debt, make longer-term debt."

The Clinton camp has spent $23 million in television advertising in eight battleground states, but Trump has spent none. When asked why he did not fight back, Trump referred to his "good business practices."

"When I spent less money than anybody else and won the primaries-- like in New Hampshire -- I spent a million dollars and a certain opponent spent $8 million and I won in a landslide. Nobody said, 'gee, he did it without spending the money.' That's called good business practices," Trump said. "And by the way, we're raising quite a bit of money. I'm raising it for the party. I'd rather just spend my own money. To me it's simpler. But you don't need to spend... a billion, $200 million. In other words, she's going to spend $300 million a month... I talk to my people all the time and say, 'why do you have to spend a billion dollars?' That doesn't make sense."

Still, Clinton entered June with $42 million in the bank, compared to Trump's $1 million. In the past two presidential elections, the candidate with the larger expenditures - Barack Obama and George W. Bush before that - emerged as the winners. But calling Clinton's cash "blood money," Trump said he did not want to "devote the rest of my life to raising money from people."

"And you know... every time she raises money, she's making deals. Just saying, 'could I be ambassador to this? Could I do that? Make sure my business is taken care of.' I mean, give me a break. All of the money she's raising, that's blood money... Look, I was one of the biggest donors. I gave a lot of money to the party... So I understand the system better than anybody," Trump said. "Look, she's getting tremendous amounts of money from Wall Street. She's going to take care of Wall Street. She's getting tremendous amounts of money from lots of people. She's going to take care of all these people."