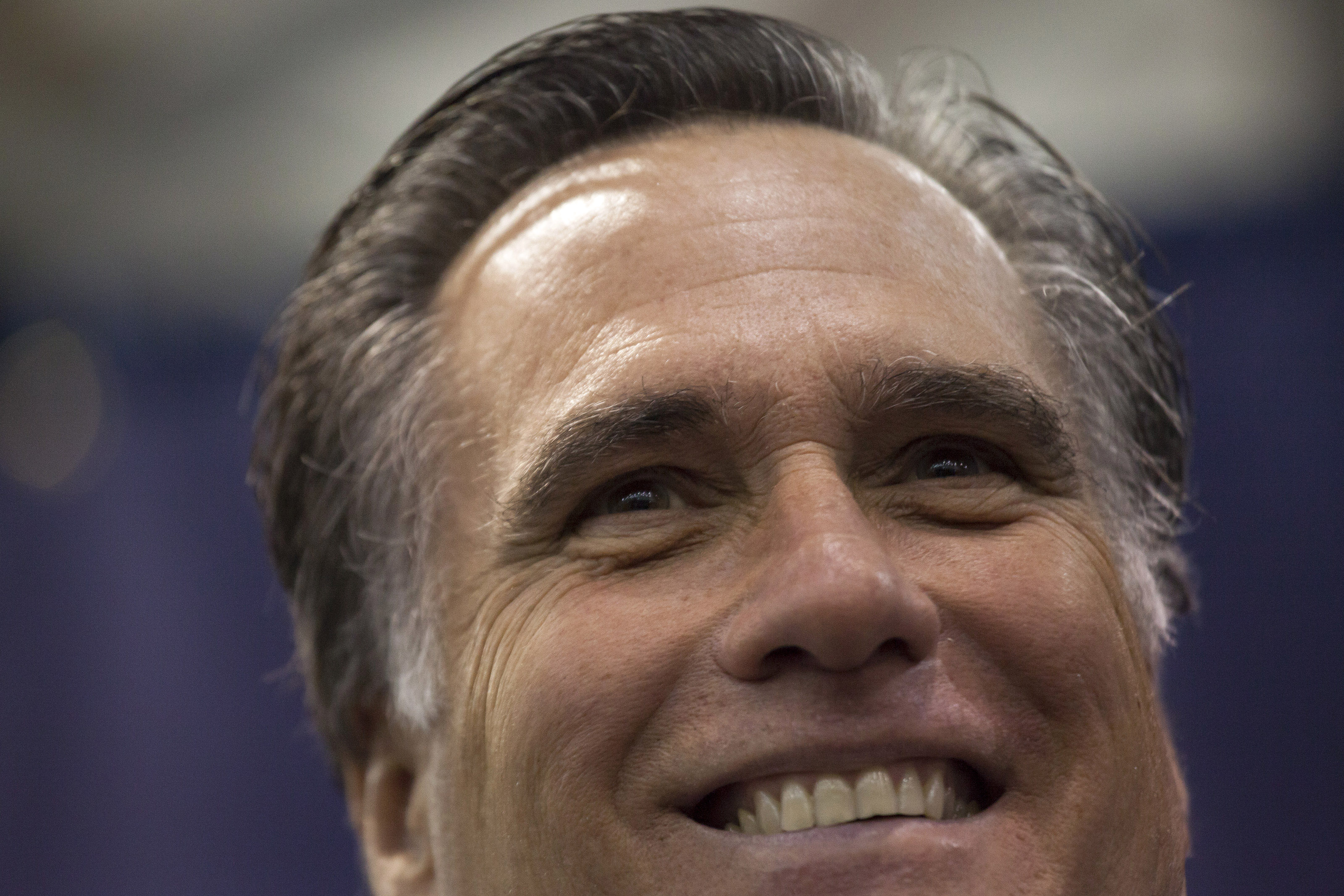 SAN DIEGO -- Reaction to Mitt Romney's sudden interest in running for president among attendees at the Republican National Committee's winter meeting ranges from bemusement to excitement to concern, depending on whom you ask. There's a great deal of anticipation for and curiosity about his speech Friday night to the several hundred state GOP chairs, national committee members, executive directors, and other party members who have gathered here in San Diego.

Romney accepted his open invitation to speak to the RNC meeting about a week ago, and his address aboard the USS Midway has been hastily arranged to replace what was supposed to be a tour and cocktail reception aboard the aircraft carrier. He's only slated to speak for about 15 minutes, compared to the roughly 45 minutes Wisconsin Governor Scott Walker and Dr. Ben Carson each spent addressing the group Thursday.

Romney, a former governor of Massachusetts, ran for the nomination in 2008, and he was the 2012 Republican presidential nominee. Throughout the tail end of 2014, rumors that Romney might mount another bid for the presidency persisted, even as the governor himself largely brushed the idea aside. Last week, though, Romney acknowledged before a room full of donors that he is indeed considering another presidential bid.

When the news about Romney broke, "My head was surprised, but in my heart, I wasn't," one attendee told me, acknowledging Romney's long-held and intense desire to be president.

RNC Chair Reince Priebus told me that when Romney called him to let him know he was actively considering a third bid for the presidency, "I said, you know, to pray about it. And to talk to people. And see what the field looks like. The same thing I tell any candidate. I think for their team, it's exciting to be thinking about this stuff again. But you know, thinking about it and doing it are two different things."

Many of these party insiders think it's more than that. They think Romney never would have floated the idea of running unless he were actually planning to do it. So they fully expect him to enter the race.

Many here have expressed skepticism that another Romney bid would be more successful than the last one. But party opposition to another Romney bid is far from monolithic. Plenty of people are intrigued and want to hear more. But Republicans of all stripes are attending this RNC meeting, and those who are Cruz fans or Perry fans or Bush fans or Walker fans will naturally say that it's not Romney's time and that he's had his chance.

That, in the end, is probably Romney's biggest challenge, even bigger than the stain of two failed attempts: the fact that this field is so much stronger than the one he competed against in 2012. Some here say had he run against this crop of candidates four years ago, there is a chance he may not have emerged as the nominee.

Party insiders believe that, like Romney, the other potential candidates aren't simply teasing a bid for the sake of publicity. In fact, they say that from what they've witnessed in their states -- especially the early primary states -- just about everyone who is testing the waters right now is planning to dive in.

They note that even prospective candidates who haven't been as vocal lately have still been active behind the scenes. Sen. Ted Cruz, R-Texas, has hired two staffers in South Carolina, and former Gov. Rick Perry, R-Texas, has visited the state multiple times this winter. One South Carolina Republican tells me he's in frequent contact with Sen. Marco Rubio, R-Florida. Perry and Gov. Chris Christie, R-New Jersey, are meeting or speaking by phone with national policy experts on a regular basis.

There's a lot of excitement about the party's large and qualified field of candidates, but also some concern it could turn into an unruly free-for-all. One state party chair wondered how the party would hold a debate if there are 20 candidates. Do you put 20 podiums on stage?

Priebus told me, "I think it's good for our party. There's intrigue, there's some drama, and that all brings out a lot of interest for the American people. It's up to us, though, to make sure we have a good process and it doesn't get out of control. And then we emerge with a nominee early, so we can move on to the general election."

His foremost goal: "Don't have a gazillion debates." To that end, the RNC announced on Friday that it would cap the number of GOP primary debates at roughly half the approximately two-dozen primary debates that took place leading up to the 2012 election.

Still, most of the attendees we spoke to aren't in a hurry to start winnowing the field too early. They're open to hearing each candidate's rationale for running. Carson, a retired neurosurgeon and conservative activist, gave a lengthy lunchtime speech yesterday, in which he resurrected each of his controversial past statements in turn to explain why each one had been misinterpreted by the press. His speech, though, also served to remind the attendees that he has some unorthodox views, and his comment comparing ISIS fighters to Americans (ISIS has "the wrong philosophy, but they're willing to die for what they believe") didn't go over any better the second time around. Still, the audience enjoyed his biographical story and his ideas about health care.

Walker delivered a well-received speech in which he didn't quite announce that he is definitely running for president but may as well have. He made the case for why a younger governor who has proven he can win in a historically blue state should be the party's next nominee. (That, of course, is a fitting description for Walker, although it's also true of potential rivals like Christie.)

"If we are going to be up against particularly Hillary Clinton, we have to offer a new fresh approach, and ideally it is one that comes from the states," Walker said.

The sense here in San Diego is that Walker is the stealth candidate -- that he's a better communicator than people assume, that he's got a great story to tell, and a strong rationale for running. There is also a sense that when folks like him and Christie really start to rev up, it could be harder for former governors like Bush and Romney to compete, because they won't be able to point to recent accomplishments the way the current officeholders can.

The younger potential candidates like Walker, Rubio, and Paul are leaning hard on the case that it's time for a new generation to take the reins: an argument that, if it takes root, could make familiar faces like Romney and Bush seem older and outdated by comparison.

Several operatives have pointed out that the importance of the early fundraising race is a getting a little overblown. Yes, it will be crucial for any potential candidate to lock up big donors quickly. Yes, Romney and Bush have something of a head start in that regard. But it's going to be equally important for the candidates to establish a base of support in the early primary states -- and that's where being a strong retail politician like Christie, Paul or Rubio can make a big difference. No one here thinks any of those politicians would have any trouble raising the money they need to compete.