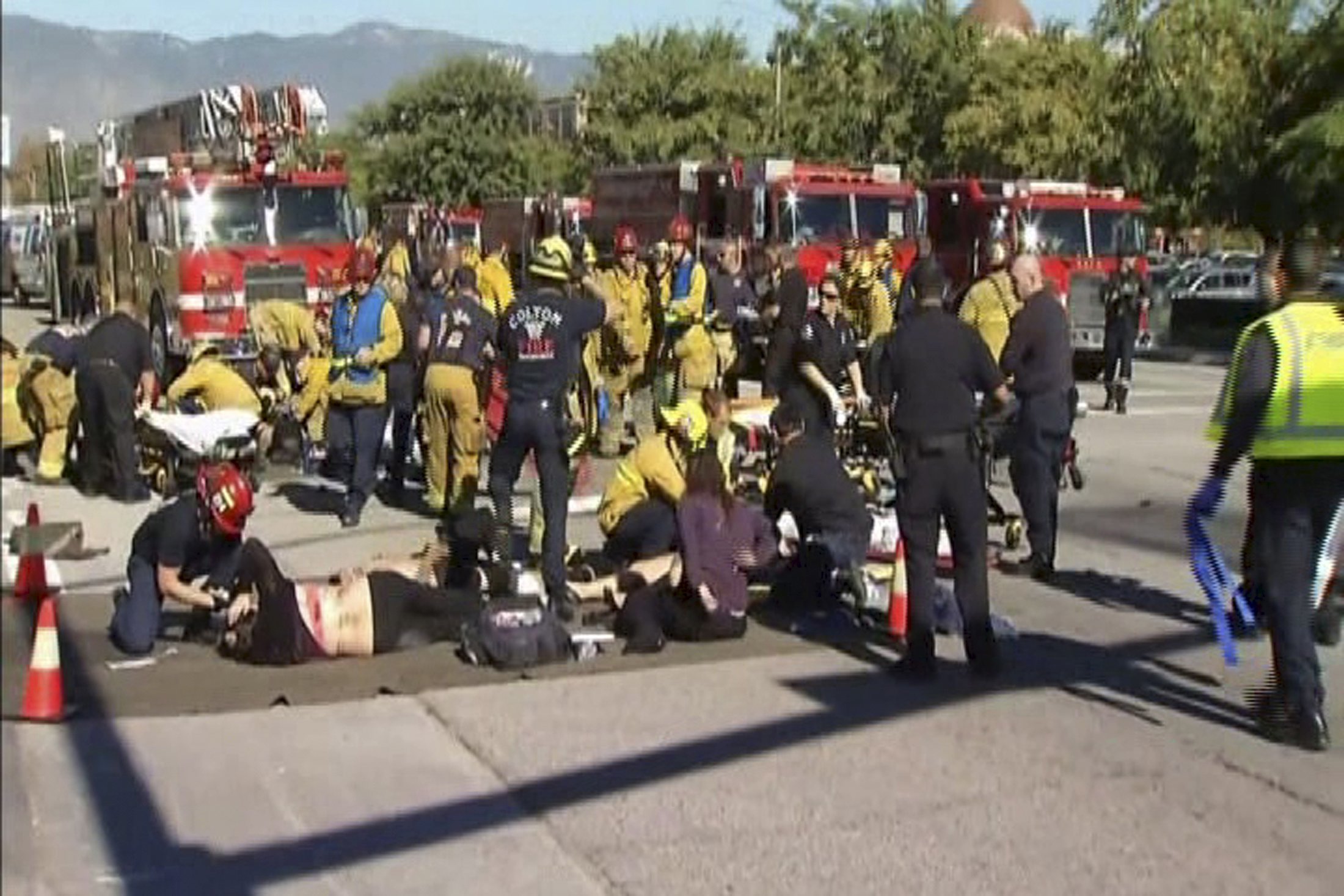 With authorities still in the process of responding to an active shooting that claimed multiple victims Wednesday afternoon in San Bernardino, California, presidential candidates are weighing in on the attack at the Inland Regional Center.

I refuse to accept this as normal. We must take action to stop gun violence now. -H https://t.co/SkKglwQycb

Mass shootings are becoming an almost-everyday occurrence in this country. This sickening and senseless gun violence must stop.

Less than a week ago, a gunman opened fire at a Planned Parenthood facility in Colorado Springs and killed three people, including a police officer.

Horrifying news out of #SanBernardino. Enough is enough: it's time to stand up to the @NRA and enact meaningful gun safety laws

GOP front-runner Donald Trump took a different tact on Twitter, praising law enforcement on the ground and noting that instances like these are when the police "are so appreciated":

California shooting looks very bad. Good luck to law enforcement and God bless. This is when our police are so appreciated!

During a rally in Manasses, Virginia later Wednesday evening, he called for a moment of silence and reiterated his thanks to police.

"This is when we appreciate our great police and our law enforcement. Remember that, remember that. They don't get enough credit, they should get it. You're always going to have some bad apples, you see it on television, no matter what business you're in...But I want to tell you they do one hell of a job and when you see these shootouts, when you see these shootouts, I can tell you one thing, I don't want to do it, you don't want to do it, so we want to thank our police and law enforcement, they're unbelievable people," he said.

My thoughts and prayers are with the shooting victims and their families in San Bernardino.

Praying for the victims, their families & the San Bernardino first responders in the wake of this tragic shooting.

Former Arkansas Gov. Mike Huckabee also offered his prayers on Twitter for those "impacted by the shooting in California." And during a campaign stop in Onawa, Iowa, Huckabee added that there were always two "common denominators" for mass murders in the country: "One: A mentally unstable person. Two: A gun-free zone. And those seem to be the common denominators."

A San Bernardino police spokeswoman told the Los Angeles Times that there are multiple "fatalities." At least three suspected shooters fled the building, which housed an organization that provides social services for those with developmental disabilities, after gunfire erupted.

Both the ATF and FBI are responding to the shooting scene.