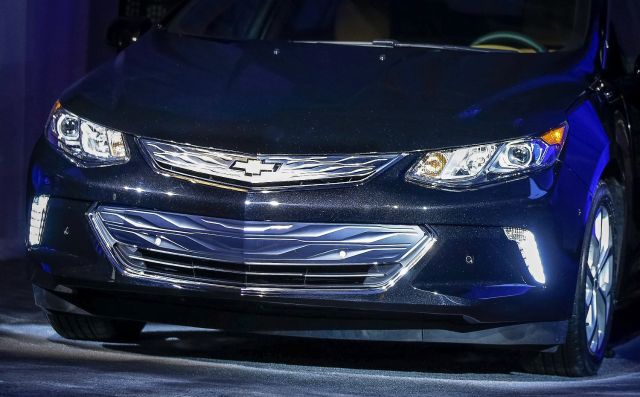 With the auto industry healthy again, this year's Detroit auto show will be showing off a combination of high gas mileage and high horsepower performance cars.

Here's a closer look at the main attractions at the Detroit show:

Details that have been leaked about the 2016 Volt include a sleeker design, with some stylistic touches borrowed from the Corvette. On the mechanical side, a larger battery pack and backup gasoline engine should extend the Volt's range at least slightly. The EPA-rated current range is 380 miles.

But Volt owners probably care most about their savings on gasoline (even though those savings are less with today's lower gas prices), and the Volt's lighter weight should help boost that mileage rating. The EPA number for the 2015 Volt is 98 MPGe -- a calculation showing the gas mileage equivalent including miles driven on electric power.

According to GM, Volt owners drive nearly two-thirds of total mileage on battery power without using the gasoline engine. The new Volt also will include some improvement to the charging process, including easier-to-read gauges showing the current status of the charging.

During the tough years after the financial crisis, automakers eased up on introductions of low-volume, high-visibility modern muscle cars. But now with auto sales at record levels, some eye-catching powerhouses are returning. Ford is bringing out the Carroll Shelby performance version of its sixth-generation Mustang.

The Shelby GT350 Mustang features the most powerful naturally nonturbocharged engine Ford has ever produced -- a 5.2 liter V-8 that puts out more than 500 horsepower. It's paired with a six-speed manual transmission. Ford says handling is geared for speed on the track or back roads with chassis stiffness increased nearly one-third over the previous model. And when you need to stop from those high speeds, the Shelby's brakes also have the most stopping power Ford has ever offered.

From GM, the Cadillac CTS-V is the most powerful Caddy ever with a 640-horsepower, 6.2 liter V-8 based on an engine used in the Corvette. This power plant more horsepower and torque than competitors like the Mercedes-Benz 5.5-liter biturbo V-8.

Falling gas prices have especially benefited domestic-brand pickups like the Chevrolet Silverado. But Japanese makers are staying in the game. The 2016 Nissan Titan to be revealed in Detroit features a complete redesign and an optional turbo-diesel engine with more than 300 horsepower.

In the smaller midsize pickup class, look for the Toyota Tacoma with a new rugged-looking design. Toyota hasn't given many mechanical details, but the Tacoma likely will have both four-cylinder and V-6 options. The new Tacoma needs to be a strong entry to compete with the recently launched GM siblings the Chevrolet Colorado and GMC Canyon.