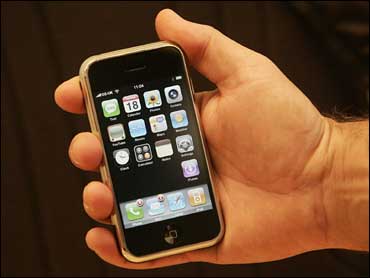 2007 is in the history books and, as tech innovations go, it will be remembered as a fairly significant year.

The biggest tech story of 2007 occurred shortly after the new year when Apple announced the iPhone at the MacWorld Expo in San Francisco. Like many tech journalists, I covered that story not from San Francisco but from Las Vegas where almost everyone in the tech world other than Apple was attending the Consumer Electronics Show.

When the iPhone finally shipped on June 29, it was met with an enthusiastic response and generally good reviews. Six months later the phone (whose price was reduced from $599 to $399) just two months after it was made available, continues to do well though it's not exactly dominating the phone market like the iPod dominates the world of digital music players.

There is still an appetite for other smart phones including the popular BlackBerry and millions of consumers seem to be perfectly happy with the far less expensive phones that cellular companies give away when you sign up for two years of service. In retrospect I think this is a good thing. Apple innovated and that innovation was rewarded with brisk sales and skyrocketing stock prices (the prices of a share of Apple stock more than doubled in 2007, closing the year just under $200) yet there is still breathing room for other companies - the sign of a healthy market.

The other most anticipated product of 2007 didn't do so well. Microsoft finally shipped the consumer version of its Vista operating system. The company hyped Vista with ads claiming "the wow starts now" but consumers didn't seem to be all that wowed. Not only was there almost no demand for the upgrade kit to transform a Windows XP machine into a Vista system, but PC makers were met with resistance when they tried making Vista the only option for new systems. Dell, Hewlett Packard and Lenovo and other PC-makers started shipping optional XP systems based on popular demand from both businesses and consumers.

I had to confess that I co-wrote a book about Vista and personally use the operating system. While I'm far from "wowed" I am generally pleased by Vista's improvements and added features, including its instant search capability. But I would not recommend it for machines with less than 2 gigabytes of memory and I certainly don't think it's worth upgrading to Vista from an existing XP machine.

Apple also came out with a new operating system last year called Leopard. Unlike the lukewarm response to Vista, Mac users seem to be generally impressed by Leopard -- or at least by all the commotion that Apple's well greased hype machine was able to generate over the new cat. On the day it shipped I was at an Apple store in North Carolina were hundreds of people stood in the rain for hours to be the first to get the new operating system. Hardly anyone showed up in stores in January when Microsoft released Vista.

Facebook didn't launch in 2007 but it did come into its own. The social networking site that was once available only to students (and at first only students from elite colleges) is now accessible to anyone. That prompted enormous growth for what is now the number two social networking site second to MySpace. Facebook, however, has been able to make inroads into groups that have never been enamored with MySpace including young (and not-so-young) professionals who use it to keep up with colleagues.

Facebook's year wasn't all roses. The company was widely criticized after it introduced a new service called "Beacon" that beamed information about people's purchases to their friends. After MoveOn.org orchestrated an online petition campaign with more than 50,000 signers, Facebook modified its program to make it easier for people to opt-out. Still some damage was done. Some users' Christmas gift surprises were spoiled after the popular site reported those purchases to friends - well ahead of the holiday.

A couple of debuts worth mentioning include the shipping of the One Laptop Per Child or so called "$100 laptop." In fact, that innovative machine aimed at children in developing countries cost closer to $200 but it is indeed an impressive product designed to bring the Internet and world of computing to children in areas of the world where there may not even be electricity.

Another interesting product was the Amazon Kindle which Amazon.com made available just in time for the holidays. The $399 electronic book reader lets you purchase books wirelessly and read them on its crisp black and white screen. I was generally impressed with device and especially pleased that Amazon is selling electronic versions of best-selling books for only $10. That doesn't entirely make up for the high price of the unit, but it definitely sweetens the deal.