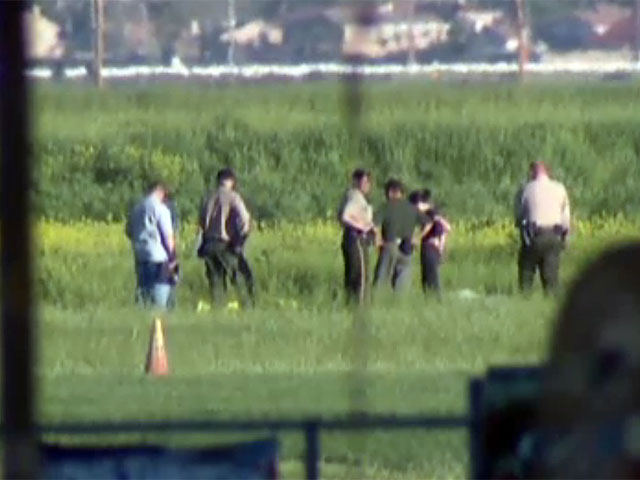 The men's parachutes collided and deflated some 300 to 400 feet in the air, sending the men plummeting to the ground, the Riverside County Sheriff's Department said.

Emergency workers tried to resuscitate the men but they were pronounced dead on the scene at 4 p.m.

The sheriff-coroner's office identified the men as Patrick James McGowan of Menifee and Christopher David Stasky of San Diego, both 42.

Scott Smith, western regional director of the U.S. Parachute Association, told the Riverside Press-Enterprise that McGowan had worked with Skydive Perris as an instructor for almost two decades and oversaw parachuting activities at the airport.

Neither Skydive Perris nor the Perris Police Department would not talk to KKAL in Los Angeles about the case.

The station reports that the NTSB and the FAA are working with local officials to investigate the deaths.